Bigg Boss Tamil season 2 Starting date to be announced officially that the show will go on air from 17th June 2018, Sunday. The Endemol bigg boss Telugu and Malayalam editions announced the official start date of the latest season. From Monday to Sunday, Bigg Boss Tamil 2 will be telecasted at 9 pm. 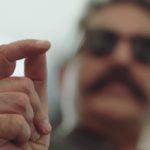 So far, the channel had released four new promotional videos. The tagline of this latest second season this time is “who is the hero and who’s the villain.” This is Kamal Haasan’s famous dialogue on ‘Nayagan’.

In the social media, there were several names suggested that as the probable contestants of Bigg Boss Tamil 2. The rumors are saying that Power Star Srinivasan, actor Bharat, actress Simran and actress Kasthuri are there in this upcoming show. But, the official list of participates will be revealed by the showrunners on the start date of the show.

Bigg Boss Tamil season 2 to be hosted by the Ulaganayagan Kamal Haasan who was hosted the previous season. Because of such big star in the reality show, there was a huge viewership for this reality show.

After that, there was a rumor that the second season will be hosted by Prakash Raj, but the channel has recently announced that the official host of the second edition will be Kamal Haasan.