Bigg Boss Tamil updates of Wednesday’s (August 30) episode based on the two teaser promos which released by the Vijay TV. After the elimination of Raiza from the show and Aarav’s Kurum Padam by Kamal Haasan which is related to Snehan. Harthi (Aarthi) and Julie entered into the Bigg Boss Tamil house as a guest for a week.

In the Tuesday’s episode, the Bigg Boss House splitted into two team as Madurai family and NRI family. They both played a task which related to basket and ball. Snehan, Vaiyapuri, Harish, Suja, and Julie are in one team. Kaajal, Aarav, Harathi, Ganesh, and Bindhu Madhavi are the group of NRI family. 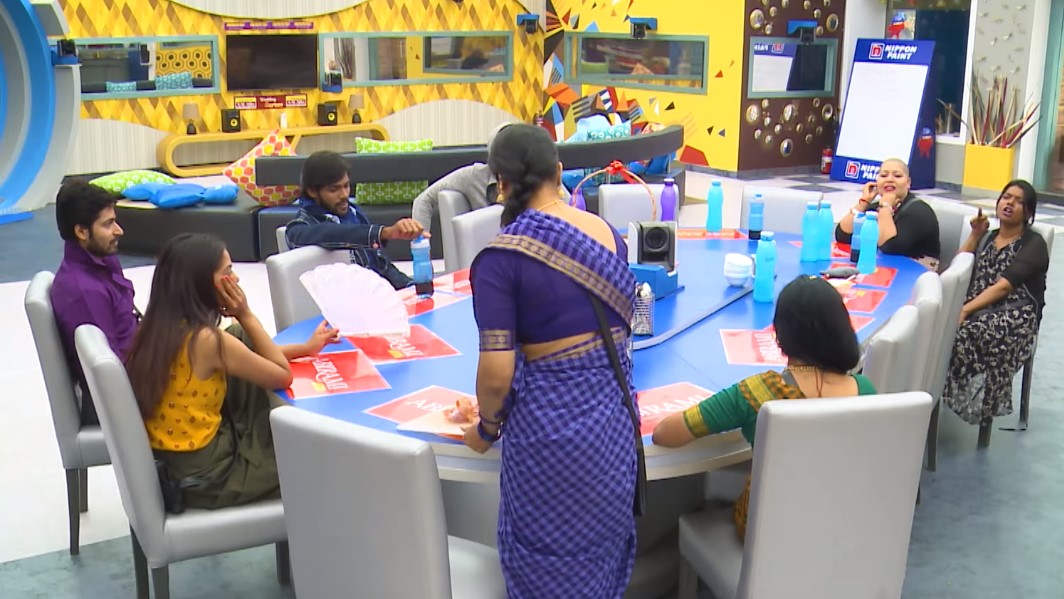 Madurai family was failed to win the game. So, they need to obey the orders of NRI family and also they wants to do all the works in the house. Also, the Snehan and team need to follow some rules to do something in the house.

The channel released the August 30th Wednesday episodes which shows there will be a clash between Julie and Aarthi because of Gayathri’s open discussion about Julie’s secret on Aarav. Also, Aarthi asked few important questions to Arav along with Kaajal in the ladies pick bedroom. Watch the show tonight at 09 pm on Star Vijay TV and also Hotstar online live on mobile phones alone.

After watching the show, vote your favorite to save from the Bigg Boss Tamil on this week 10. Learn how to vote by using Google Search online and also how to save by using missed call from the mobile phone.

The nomination process was held again as open in the garden area. For this week, Arav, Kaajal and Snehan got nominated for the elimination of this week 10. Need to wait for the result until on September 3rd Sunday.