Actor Kamal Haasan hosting one of the biggest reality show in Tamil TV channel, Bigg Boss which begun on June 25th of this year. The show is currently crossing more than 50th day after many evictions and few new contestants to the Bigg Boss Tamil House. In the wild-card entrants, Suja Varunee is the one after Bindhu Madhavi on last week. After her entry to the Bigg Boss Tamil, Harish and Kaajal Pasupathi had their presence in different way.

Suja Varunee and Harish are the two new contestants who likes to bring Oviya back to the Bigg Boss Tamil show. But, Kaajal keep supporting Gayathri and Raiza’s group till date. While, Suja Varunee is apparently imitating Oviya who went out from the house due to some health issues. Also, she clarified the doubts by her own YouTube video online that she will not enter into the Bigg Boss Tamil house again.

At this time, Suja’s behaviour and her body language are looking same as Oviya. She trying to replace Oviay’s place in the house. Snehan and Kaajal had already mentioned that she trying to occupy the Oviya’s absence in the house. Like the same, the audience and the fans of Oviya expressed the same.

Snehan was seen telling to Vaiyapuri about Varunee’s behavior as she trying to act like Oviya. Also he doesn’t know she is acting or she is being real to herself as like the audience. He added that it should be in the blood.

Then, on the Tuesday’s episode (August 22), Kaajal telling the same thing to the Harish that she is trying to occupy the fans of Oviya. But, in the other side, Bindhu Madhavi supporting and worrying about Suja’s work in the house.

Watch the August 22nd episode on Hotstar if you missed the show on Tuesday. It is free on mobile phone App, but need to pay if you want to watch it on your PCs within 24 hours after the show telecast on TV.

From the point of view of people, Suja Varunee losing herself to win the viewers heart by using the popularity of Oviya. All the four new contestants were knew that Oviya had attracted by million of Tamil heart. 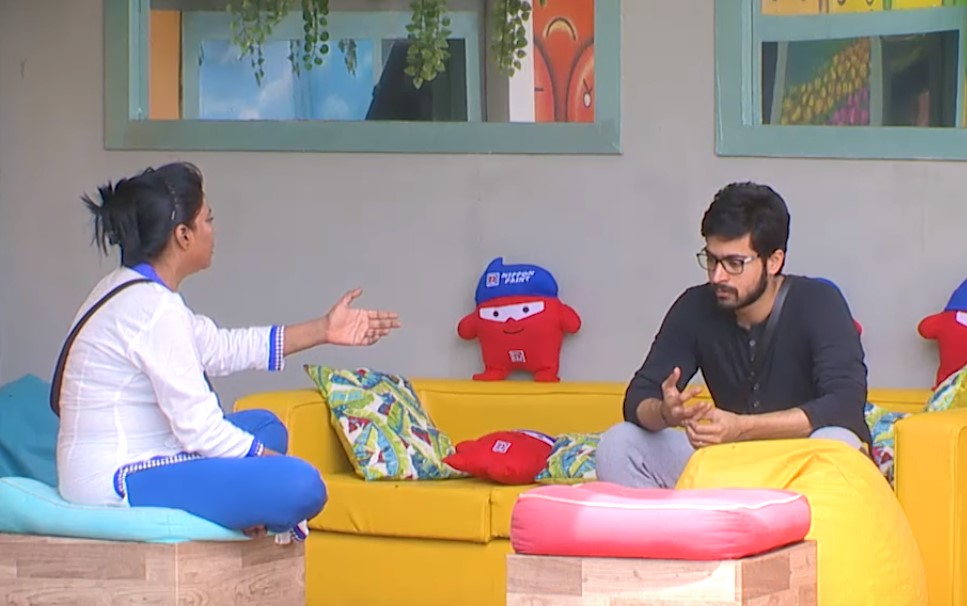 But, at present the people outside are not in the mood to trust here behavior and attitude. Also, in other side, the people also loving her attitude when to compare with Raiza.