WORLDHAB provided the private poll here to know the probable eliminator of this week.

This show has started telecasting from 9 pm on Star maa, also on the official mobile app, Hot star. On Saturday and Sunday, this show will be airing at 9.00 pm and on weekdays from Monday to Friday, at 9.30 pm.

Babu, Ganesh, Nandini, Kaushal, and Deepti have nominated for the week 8 eviction.

The Star Maa reveals the TRP rating of this Big show, on every second person in Andra Pradesh and Telangana was watched the Bigg Boss Telugu season 2 launch. Also. around 60 percent of Telugu audience engaged with the show in the first week.

The channel announced that it was reached 15.1 TVRs points and expected more on upcoming days.

In Google, Voting ends every Friday at midnight. The audience has 50 votes per day and the votes will be stored until the competition ends and cannot be deleted.

WORLDHAB also provided the private poll here to know the probable eliminator of this week. Check out the Bigg Boss Telugu Voting poll:

Contestant name and their details with the images are available in this article. Also, all episode highlights, voting, nominations, eliminations, guests, controversies, episode promo video of the day and more.

As mentioned above, the voting process again continues with the help of Google search and missed a call.

How to vote for Bigg Boss Telugu Online?

Answer: Go to the Google search and type as “Bigg Boss Telugu Vote” or also type “Star Maa Bigg Boss Vote.” Now, you can see the nomination list of contestants. Select your favorite contestant and vote them by using your total of 50 votes per day. You can divide it as per your wise. Like voting 30 numbers to your first favorite and another 20 votes to your next favorite.

How to vote for Bigg Boss Telugu by the Missed call?

Answer: Those who all like to vote their favorites through missed call can follow this: Check the Missed call number of your favorite which is available in this article. Then type that number on your phone and give missed call to save your contestant from the elimination of the week.

Bigg Boss Telugu 2 voting results announced officially on every Sunday. While by using the private voting poll, people can predict the probable results.

For Android users: Go to the Google Play store and search Hotstar to install the latest version. Then sign up or log in. Tap ‘TV’ option at the bottom. Find the Star Maa in the Popular channels category and tap that. Again, tap the first box in the list to watch Star Maa Live online. So, the audience can watch Bigg Boss Telugu 2 on online by using a mobile phone/device.

Like the same for the iOS users to watch Bigg Boss Telugu online for free. Just need to pay for the network to access internet on your phone.

On Sunday (10 June 2018) afternoon, the Annapurna Studios tweeted that the big house for the second season has built in a short period of time and the show will go on air for 106 days. 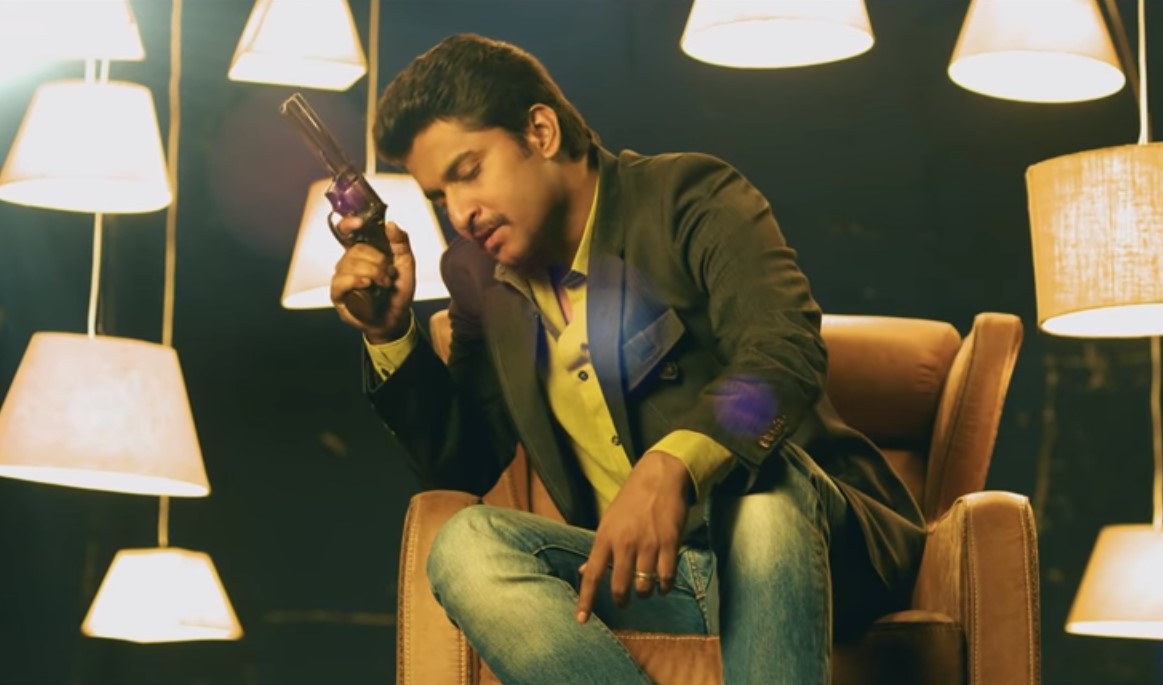 Geetha Madhuri: who is talkative in nature, and a very well popular as a singer. She received Nandi Award as the best female playback singer for her “Ninne Ninne” song from “Nachuvelu”.

Amit Tiwari: people have seen him mostly in negative roles in south cinemas. Popular in Telugu and Tamil movies.

Deepti Nallamothu: She is a news TV anchor on TV9. Obviously, her voice is good to hear.

Tanish: Actor who debuted via ‘Prema Katha’ movie as a Child artist.

Bhanushree Mehra: She played a body double for Tamannaah’s role in Baahubali. Also, she participated in many reality shows. She debuts to the Tollywood through ‘Iddari Madhya 18″ movie.

Roll Rida: He is a Rapper, basically a Telugu rapper who got the big fan base because of his Kirana rap.

Syamala: She is a Television Anchor and also hosted many shows in Telugu televisions.

Kireeti Dharmarju: 32 years old actor who plays the roles of ‘Pelli koduku’ in movies. After a couple of short films in 2011 and 2012, he made his debut to Tollywood big screen industry in 2013. 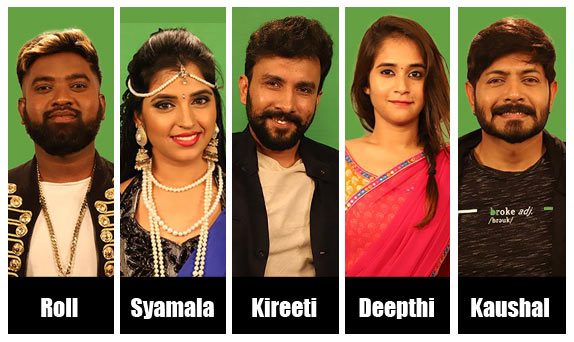 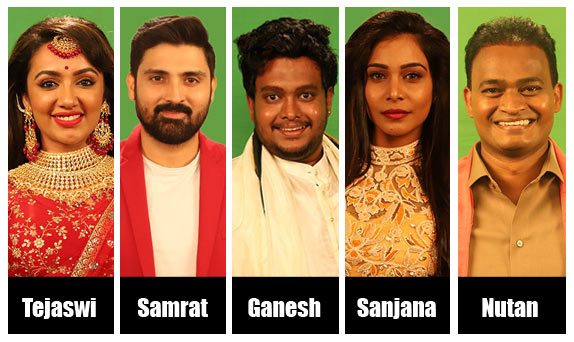 On 7th June, the model turned actress Nandini Rai entered the house as new contestant after the elimination of Sanjana.

We can expect a lot of fun again in this reality show for next three months also with the drama, surprises, twists, and turns.