Plastic assembly is a sector that utilizes many industrial processes but heat staking is the sector that’s earning a sizable amount of market share among the various sectors. Long gone are the days of primitive methods to attach products using hardware fasteners… once heat staking came along, it became an industry standard.

The beauty of heat staking is that it took a once difficult, labor-intensive task and added ease and convenience to it. How? Because of its useful applications. There is no longer a need for unnecessary extra hardware, which runs the risk of breaking or being flat out defective. 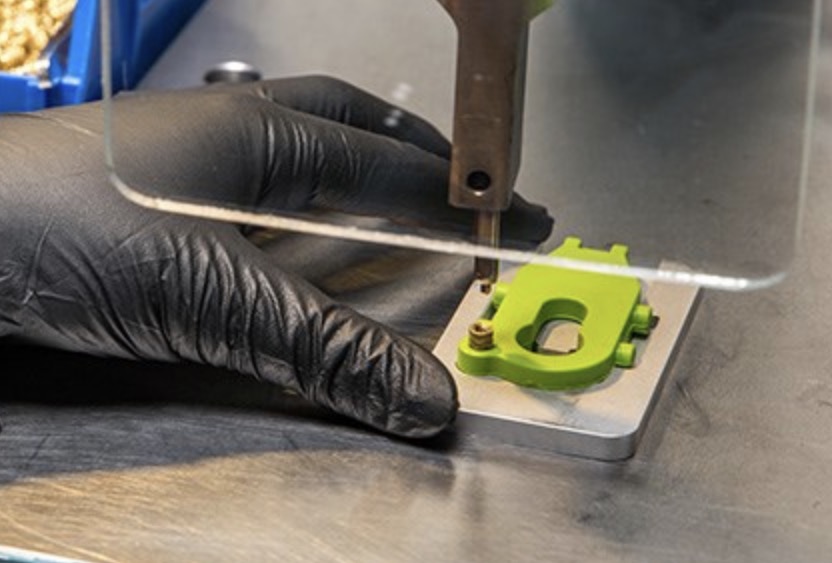 Just imagine the harm that could be done with defective hardware… that would make the entire product defective, which could then lead to a company receiving a bad reputation. According to researchgate.net, it’s a business’ social responsibility to keep a close eye on faulty or potentially harmful products. Not doing so could not only harm a consumer using the product but it could also burn a bridge between your business and other businesses you work with. Heat staking will reduce those risks.

Plus, if you were to do a price comparison of plastic fastening options available versus hardware fasteners, you’d quickly see how cost-effective plastic fasteners are.

What is Plastic Assembly and How Does Heat Staking Play a Role?

If you look at the actual process of heat staking, you’ll see that it’s not as hard to perceive as it might sound… it’s actually quite simple in concept.

One of the biggest advantages of the process is that heat staking machines allow all the heat staking processes to be done in one machine cycle and motion. The other huge advantage is that the base material doesn’t need to be changed.

The actual technology behind heat staking can almost be looked at like cognitive manufacturing in the aspect that it creates no mechanical stress and improves product reliability, which plays a significant role in electronic manufacturing. Because heating is in a specific area, electronics aren’t at risk for any damages.

Now that you have a better idea of heat staking and its process, there is still a question that manufacturers need the answer to and that question is “why?” To answer that question, here are some of the biggest reasons why you need to consider heat staking for your next assembly project.

There are No Extra Materials Needed

If you really think about it, the only addition to the two components would be the heat to melt the plastic, and, of course, the tool to mold and shape the melted plastic into the shape needed to form the mechanical connection. Heat staking is cost-effective, time-efficient, and it’s not messy.

You can cut as little as a second or two out of an assembly operation and quickly watch it add up to minutes on the hour of increased production. The fact that heat staking can be automated means that it can take seconds to complete a cycle and reduce the cycle time.

There are Various Staking Shapes For Different Purposes

The whole purpose of heat staking is to melt the base plastic component into a shape necessary that will fuse appropriately with the other component. To do that, it comes in five variants:

It depends on the type of projects you’re working on to determine the staking shape you need.

One of the best parts about heat staking is that you get your bang for your buck. You’ll get a strong and quality bond at a reasonable price. Just think… you’re getting durability, reliability, and resistance to corrosion in harsh environments… That’s going to extend the lifespan of any product that’s had heat staking processes.