Bitcoin has been one of the best investments this year so far as usage of this Digital currency is increasing day by day which resulted in a tremendous increase of its value and soon Bitcoin will hit $1000 by this week according to the currency traders from the different part of the world.

So many factors are involved in this huge increase. According to the current market time, the value of 1 Bitcoin is $931 which slightly decreased when compared to the above trade value. Chinese plays vital role in this Digital Currency as most of them buy Bitcoins in the country. In India, recently Government see an increase in Bitcoin investment after the country announced Demonetization recently. Read more about Demonetization by Narendra Modi.

Here is a graph that explains the price of Bitcoins and its hike in 2016. The image credits goes to CoinDesk official bitcoin website. 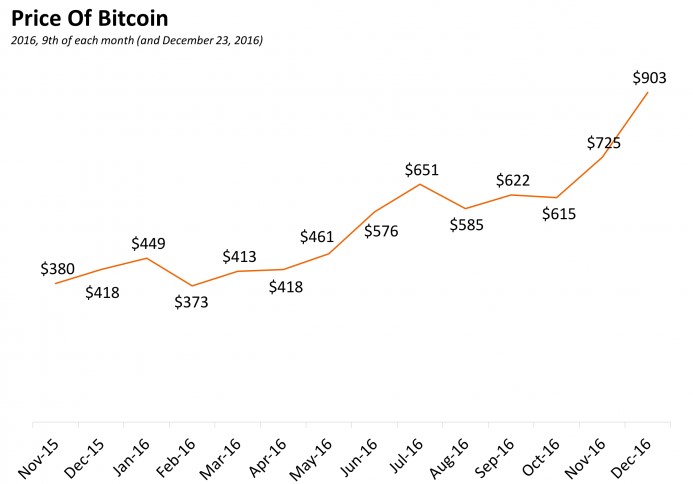