Boink Live Streaming Corp. announced that it will be changing the corporation name to Vuuzle Media Corporation for branding and distribution centered around the OTT merger. The CEO of Boink Live Streaming Corporation, Michael Gilburd announced this news. The CTO of the company, Prophecy said that the name of the current mobile application on Google Android and Apple iOS will be changing from Bonk Be Live to Vuuzle.Live.

The Note from Chief Technology Officer

Prophecy also added that the OTT names and branding are tied to worlds of television and digital video. OTT is the abbreviation for over-the-top which is commonly used entertainment industry. It sits at the center of unstoppable and inevitable merger between television and video streaming. OTT is used for delivery of film and TV content via internet without needing the users to subscribe to a satellite or traditional cable.

Vuuzle.Live – More about the App

Vuuzle.Live will now be giving the users and viewers an introduction which will be permitting advertisers to evaluate the distribution relationship running within the new mobile streaming application. The board of directors and advisors also agreed that the OTT applications matter of what they entail about the future. The video streaming services like Netflix have shown that the people are tired of paying excess amount of money to satellite and cable operators to consume the media.

What is shown by the rise of OTT Applications?

The popularity of OTT applications clearly shows that people are tired of bundling multiple services together when they just need certain aspects of each service. For example – Before OTT applications, if you wanted to watch HBO, you have to subscribe to specific satellite or cable package to receive the services. Now, the people can download the standalone application like HBO Now and enjoy the HBO content without having to pay for the corresponding cable package. 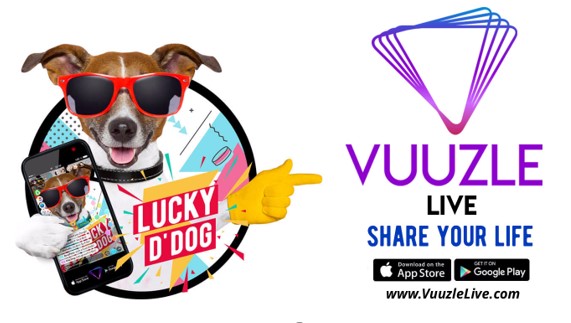 This is the first time in the history of media industry, the consumers have started to affect the profits of major content providers by simply refusing to pay for the services or packages that were considered essential in early days.

The time will show the true effects that OTT applications will have on the world of media. Many technology masters also believe that media companies will soon experience one of the major shifts in broadcasting ever after the invention of cable.

The Impact of Live Video Streaming

Live video streaming has become the need of the hour. The mainstream technology world has blessed us with live streaming applications and instant connectivity. Smartphones have transformed the way people used to communicate & entertain and has also expanded the horizons for mobile application marketing.

The iOS and Android devices have become the favorable and reliable sources of entertainment in the midst of emerging technology. The streaming videos on these smart devices require the live streaming applications. The new mobile application from Vuuzle media will be used to stream and watch the latest TV series, sports, movies, news and more media.

A new idea was started to be built under the code name – ‘Project Holy Grail’ in 2006. This software will be released by Vuuzle Media in 2019. Project Holy Grail will become the world-changing historical event for the people using desktops, smartphones and other mobile devices.

The president of Boink Live Streaming, John Lamb said that the mobile phone users will surpass 5 billion by 2019. Moreover, the mobile phone penetration is forecasted to grow rounding up to 67 percent with billions of people who require the new Holy Grail Software under the ownership of Vuuzle Media.

Vuuzle.Media is here to revolutionize the technology by providing live streaming to all the users installing the application. The users can subscribe to other broadcasters and watch them streaming live. They can even stream live and gain followers and get an opportunity to earn money by running advertisement between their stream. Install Vuuzle.Media today.