Chile lost their chance to get the top position after the game of Chile vs Paraguay on last Thursday (August 31). The La Roja forgot to open their scorecard in the last match against Paraguay which is standing at the bottom position. Today’s match is scheduled for Bolivia vs Chile at Hernando Siles in La Paz. Even though La Verde is spotted at the ninth position, it is their home match. So, there will be a chance for their win against the loser of last Paraguay opponent. 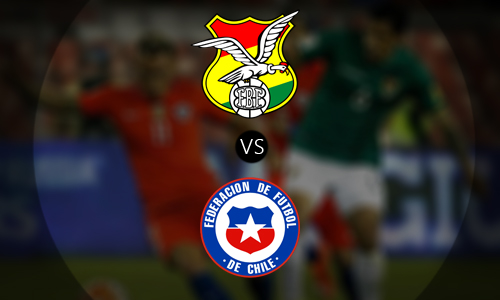 Totally, the Chile national football team won seven matches out of 15 games in this round. But they lost six matches with the two draws against Colombia which is currently in the second position in the table. If Chile dropped to the fifth position from fourth, then they need to play the intercontinental play-off round. The opponent of Chile will be from the Oceania Zone and they both will meet each other in two games at home and away. If the Chile remains same or will up to any other top position from their current place, then they will be qualified directly to the World Cup 2018 Russia.

Paraguay sits at the seventh position at present before the game between Chile today. They had six wins, three draws, and six losses in this round 1 by playing 15 matches. They may get a chance to play on next summer finals if the top teams will be failed to win the coming matches. Argentina playing their recent matches as bad, they lost their game against Bolivia and drawn to Uruguay. If it continues on next three matches with Venezuela, Peru, and Ecuador, then they even lost their playoff chance. It makes the pathway for Paraguay and Peru to play the play-off round against one of Oceania national football team.

No telecast in the United Kingdom. The United States people can watch this match at beIN Sports Connect, and fuboTV (Try for free). Bolivia TV is the official broadcaster of FIFA in their nation. Mega, FOX Play Latin America, and Fox Sports Chile are the list of official channels which is broadcasting Chile national football matches.