Brazil have already qualified directly to the World cup 2018 Russia from the South America’s Preliminary Competition of Round 1. Though the team playing their matches as per the schedule. In that, they facing Ecuador at this last set of play in the World Cup Qualifier. They lost only one match out of 14 matches in this round 1 against Chile in the first match. But at the end, they became the first team to qualify for the World cup 2018 when they beat Paraguay in March 2017 with the final result score of 3-0.

After the Neymar transfer to the Paris Saint-Germain, this is the first international match which he will play along with the club-mates of Marquinhos, Thiago Silva and Daniel Alves.

Currently, there is no issue with the squad of Brazil. They will play against Colombia on next week match in the another qualifier. It may effect the first position of the Brazil if they lost their match. But there is no chances about the direct qualification to the final of next summer.

Goal Update: The first goal of the match has made by the Paulinho at 69th minute. Then Philippe Coutinho made his goad from the Gabriel Jesus with a headed pass at 76th minute. So, currently Brazil in lead against Ecuador. 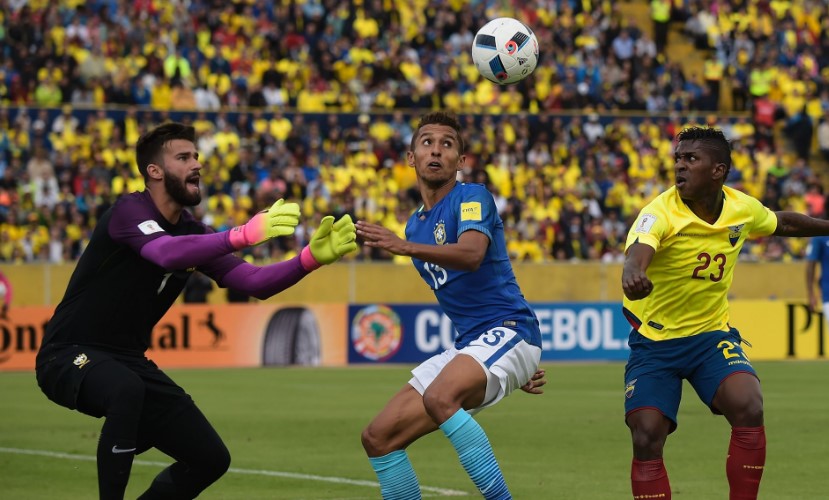 In the last meet between Ecuador vs Brazil, the match concluded with the result of Brazil’s win 0-3.

Ecuador have lost six matches and won as same six with the two draws out of 14 playing. The team is at sixth position with the points of 20 after Argentina and Chile. This is very tough competition to get up into the next level in between all top teams in the list. So, they trying to make safety about their current position.

Date, Time, Venue: The match between Brazil vs Ecuador will start at 09:45 pm Local time at Arena do Grêmio in Porto Alegre.

Live TV and Online Streaming: The official Brazil vs Ecuador Live Streaming broadcasters are beIN Sports in the U.S. on English, beIN Sports en Español in the U.S. on Spanish, Globo and SporTV on Brazil, TC Television, Gamavision, and TyC Sports Internacional on Ecuador.