The Central Board of Secondary Education Class 12th results were released on this Sunday, May 28. When to compare with the last year pass percentage, CBSE class 12 results pass percentage have reduced this year.

Apart from that, students like Kunwar Arora, Aditya R Raj, Dharshana MV and Rahul Bhatia have got passed with the great marks and percentage. However, both of them are physically challenged. Though, both of them didn’t let their disability as a reason to drop their studies. 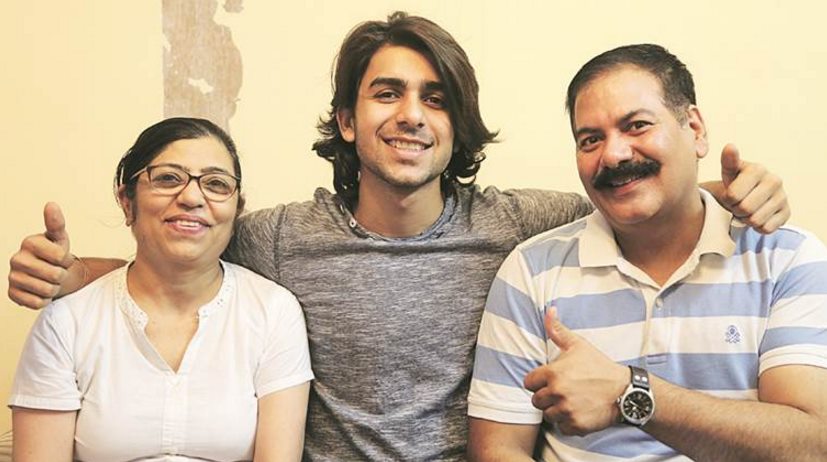 Kunwar Arora, who lost his hearing capability as 100 percent when his age of three. He studied his CBSE Class 12th under the Humanities at Vivek High School, Sector 38, Chandigarh. Also, who appeared in the Joint Entrance Examination (JEE) and placed at the 76th position in the AIR.

From the source; he likes to pursue his undergraduate in liberal studies and Kunwar had more interest in Sports and dogs. When he lost his hearing, he suffered the lot but not later. He can able to judge the lip movements of others.

His mother Seema Arora is the working at the Punjab School Education Board (PSEB) and father is a government contractor. Also, Kunwar’s sister is pursuing law from Panjab University.

Seema Arora said that “I was never worried about his studies. Kunwar also got 8.4 CGPA in his Class X. We always supported him. He also writes blogs and people invite him to write for them.” stated in the Indian Express.

Rahul Bhatia completed his CBSE Class 12th in the Commerce stream at Bhavan Vidyalaya. He is suffering from partially visually impaired, it known as familial exudative vitreoretinopathy. Because of the development of blood vessels in the retina which obstructs his visibility.

After the consulting with the doctors, they said that he would never be able to study and that the disease was not curable. But, he scored 75 percent in Class 10th by motivating himself and now he got more than that in his Class 12th.

His mother Reena Bhatia is the teacher and father Naveen Bhatia is a manager in a private company. Rahul Bhatia needs to study Bachelor of Commerce in his undergraduate.

Dharshana MV studied a commerce stream at Nalanda International Public School in Krishnagiri. She is one of the top three in the CBSE Class 12th examination 2017. She is suffering from micro cornea caused her right eye fully and partially left vision. She scored 483 marks by studied using a magnifying glass for reading. Dharshana likes to become an entrepreneur after her undergraduate in commerce.

Aditya R Raj and PV Lakshmi from Kerala are also on the toppers in the CBSE Class 12th results in 2017. Ajay R. Raj studied at Thiruvananthapuram Mukkola St. Thomas Higher Secondary School. He secured the national first rank with 490 marks in the differently-abled category.

PV Lakshmi did her Class 12th at Palakkad Lions School who was a close behind. She got nation’s second rank 486 in this year 2017 at CBSE board exam.

Army officer’s daughter Harmehar Kaur Grewal scored 91.4 per cent in the Humanities stream of Class XII CBSE at Maharashtra’s APS Kirkee. In a road accident five years ago, she was left paralyzed from neck down.