The board announced the Class X and Class XII examinations on Monday, January 9. The Exams are started from March 9 due to the assembly elections in five states. Goa, Punjab, Manipur, Uttarakhand and Uttar Pradesh elections are started from February 4, 2017. 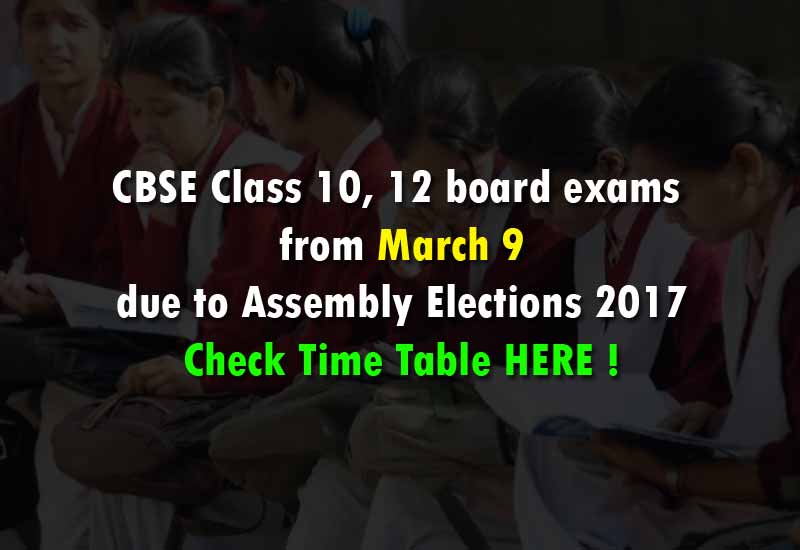 CBSE said in a statement, “We gave careful consideration to the situation before postponing exams by a week, which will now allow students to get more time for preparation.”

The Chairman of CBSE said that there would be no delay in the declaration of the results as “the board has adopted several IT initiatives which will aid in faster result processing.” to Times of India.

The five states assembly elections are the reason behind this schedule of CBSE Class 10 and 12 board exam dates in 2017. The Polls between February 4 and March 8, to avoid the clash, the board announced this schedule.