After the two games, Wizards will play against Celtics tonight at their home at 08:00 pm ET at Verizon Center in Washington, DC. Boston Celtics have won their first two games in the NBA Eastern Conference semifinals. So, the team BOS leads the series in 2 – 0. Wizards might play well along with their home crowd on this Thursday.

Boston Celtics are waiting for their third win over the Washington Wizards. In the Game 2, Celtics superhero Isaiah Thomas made his career-high score as individually, he scored 53 points with the 18-33 FG, 5-12 3-PT FG, 12-13 FT in 45 minutes. Whereas, he scored his 29 points in the fourth quarter and overtime.

For Washington Wizards, John Wall is the hero of last two games, who scored 20 and 40 points in the first two games. He assisted more than shoot, he made 16 assists in the game 1 and 13 assists in the last/game 2. Markieff Morris had his better performance in his Game 1, he scored 16 points on 6-of-11 shooting in 27 minutes.From the bench, Kelly Oubre Jr. had a good play, he scored 12 points and seven boards in 28 minutes in the Game 1. But, the team spotted badly with -24 when he was on the floor. Brandon Jennings and Bojan Bogdanovic are spent their time without any score.

Both of the have wasted their time (12 and 8 minutes respectively) in the Game 1 from the bench. But, in the Game 2, Bojan Bogdanovic scored 10 points in his 19 minutes play. Brandon Jennings forgot his play again in the game 2, just he spent 13 minutes with one assist, one board, and one rebound. Hope, the team will play and provide their best in this Game 3. 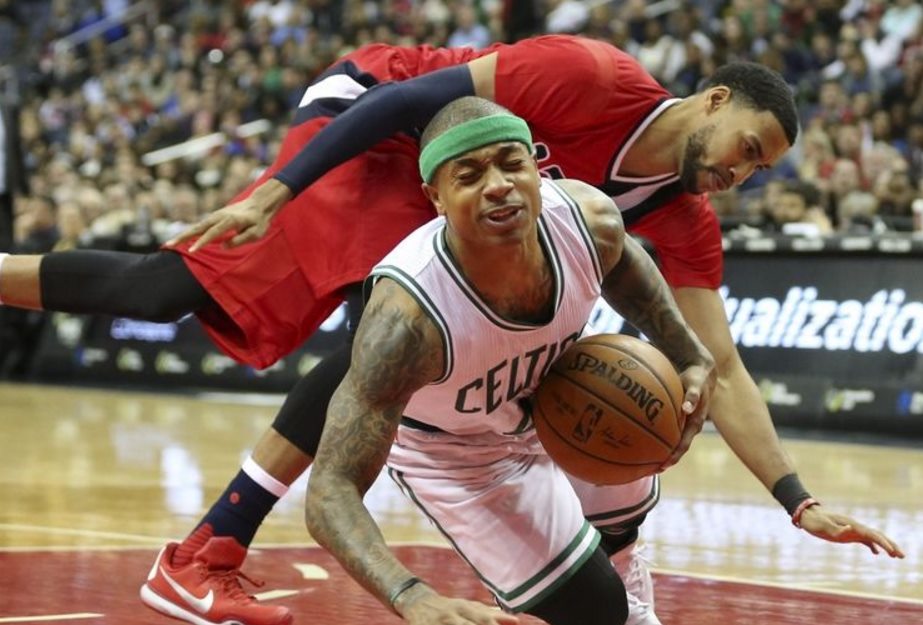