Chelsea won the game, they didn't let their opponent to score goal! It is CHE 2-0 FUL.

Chelsea vs Fulham: Today's game is the first between two London neighbours since five years later. The match between Chelsea and Fulham scheduled to kick-off at 12:00 PM on Sunday, 2nd December 2018. This is the game of top team vs bottom team, Chelsea at fourth now with 28 points and Fulham at the last position with just eight points.

In the last 16 meetings between these two sides, the Blues are unbeaten by Fulham in the league games. The last win by Fulham to Chelsea has happened in March 2006.

Chelsea struggling now in their league play, they have lost a game against Spurs last week after a scoreless draw match over Everton. Today's game is their 999th Premier League match at Stamford Bridge, so their next will be the 1000th game at this venue in this competition.

Fulham won a game against Southampton last weekend, which ended their run of seven consecutive defeats in all competitions. They have lost all three games of their London derbies in this Premier League season. 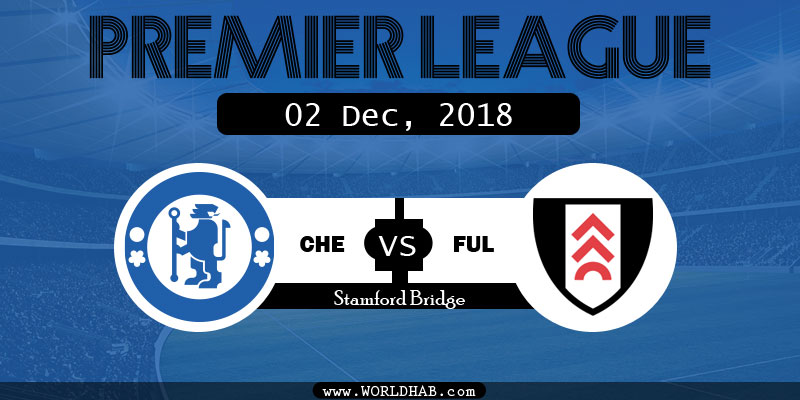 Chelsea TV Online providing the live stream official service to all the countries. In the United Kingdom, you can watch Chelsea vs Fulham match on Sky Sports Main Event, SKY GO Extra, and Sky Sports Premier League. Also, in other countries, there are some official local television channels have the rights to telecast and live stream online, check the list: