Chelsea vs Stoke City Live: Watch Chelsea and Stoke City playing against each other today in New Year Match at Stamford Bridge, London. Chelsea will continue to rock the ground with impressive form where they are unbeaten from their last 12 matches. N'Golo Kante and Diego Costa back from suspension Also, N'Golo Kante and Diego Costa back after their suspension. Stoke City won their last match against Burnley. Watch Chelsea vs Stoke City Live from the links shared below.

Stoke City will also play hard to win the games against the Chelsea FC. The live score updates of Chelsea and Stoke City is available at Premierleague.com and also at WORLDHAB's Twitter Page. 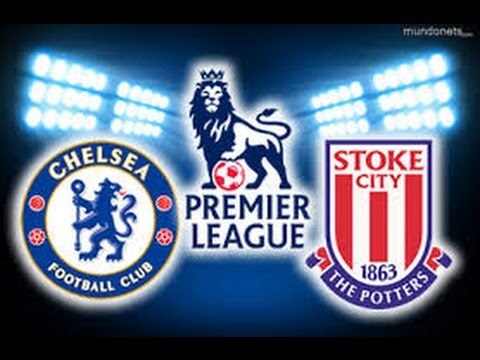 Chelsea FC and Stoke City Soccer team have played 73 games against each other where Chelsea FC won 35 games after losing 22 games to Stoke City. Stoke City FC managed to end 16 games in a draw. The last games played between Chelsea and Stoke City FC in March 2016 during English Premier League Cup ended up as a draw with 1-1 score.

Chelsea FC and Stoke City FC fans can watch the live streaming video of CHE vs STK from their home with the help of TV Sets from the list of country-wise channels listed below. If your country does not appear below, please comment your country name below, and we will update the channel name where you can watch Stoke City vs Chelsea live.

Radio Commentary: You can also listen to the live Commentary over radio through BBC Radio 5 and TalkSport Radio World.

Mark Hughes: “They're on a great run but that has to come to an end at some point. Why can't we be the team that does that?”

Antonio Conte: “To have 12 wins in a row is a great achievement but it's not enough for us to win the title right now.”