Chennai: The Most Awaiting Tamil Movie of director Venkat Prabhu’s Chennai 600028 II: Second Innings release date revealed. It is the second part of 2007 hit movie Chennai 600028. It is fully based on the young boys cricket comedy film. All the young faces have appeared on the screen as first. The Same team will reappear on the Big screen as soon. 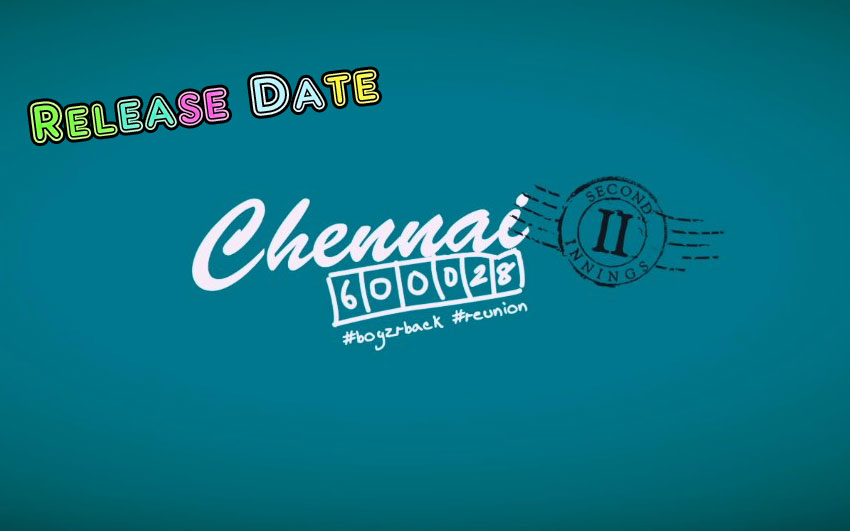 The film is making under the genre of coming-of-age sports comedy. In this second part, the following stars are there to treat the Tamil audience. The film featuring by Jai, Vijayalakshmi, Premgi Amaren, Shiva, Vijay Vasanth and Arvind Akash. Also, Mahat and Vaibhav has added in this list. The remaining details are provided below.

The film has floored from April 10 along with the opening pooja. The movie crew didn’t take rest in between the days. They all under the schedule continuously for 50 days. Finally, the filmmakers announced the Chennai 600028 II: Second Innings release date. And the Chennai 600028 II Innings Official Teaser has crossed the 1,000,000 views till date. The Chennai 600028 (2007) is one of the milestone of Kollywood industry.

As per the report of the sources, the film will hit the theaters on November 10, 2016. Also, from the source of the movie, the story will play from the end of Chennai 600028 (2007). The actor Jai will be going to get marriage, before that, all the friends are planned to play a last one cricket match.

Chennai 600028 II: Second innings is directing and producing by Venkat Prabhu. The Music Director is Non-another than the Yuvan Shankar Raja.

Rajesh Yadhav is the Cinematographer of this sports comedy romance film. KL Praveen is the editor and all the stunt sequences is handling by the Stunner Sam. T. Udhayakumar is the Sound Designer. Arun Seenu is the helping hand of Sound effects. Kalyan, Ajayraaj, Saravanarajan are the reponsable persons for the dance steps for UV music. He composed songs from the lyrics of Madhan Karky, Niranjan Bharathy Venkatprabhu, and Karunakaran.