Chennai: The head of Tamil Nadu facing the biggest cyclone after 1994 as per the record of IMD. Currently, the Chennai Airport is suspended till 6:00 PM today on December 13, Monday. Check some updates provided here about the damages till now in Chennai.

As per the sources, most of the trees are falling due to the wind speed. Neer at Mahalingapuram, one of the 25 years oldest tree has been fallen. Crude oil tanker overturns because of the strong winds in Sullurpeta, Andhra Pradesh.

The Government is taking Precaution for the Kalpakam Nuclear Power Plant. The official statement by the National Disaster Management authority says that “All precautions are taken at nuclear plant Kalpakkam to face Vardah. So far all is well and plant operation is normal. The plant is in touch with the India Meteorological Department.”

The news agency ANI says that Cyclone Vardah is nearing the Tamil Nadu coast and landfall is expected any time now in Pulicat, about 60 km from capital Chennai.

The Tamil Nadu State Government requested to the people not to venture out of their houses between 1 p.m. to 4 p.m. The AIADMK says that the Amma Canteen is open throughout of this day and food will be provided free of cost to all.

Death toll rises to 10 in Tamil Nadu due to #cyclonevardah chennai#PhotoNews Follow our Page for more latest Updates.
~ Only on @WORLD_HAB pic.twitter.com/wodov6k9Qc

As per the sources, the Puducherry government has taken precautionary steps to prevent people and tourists from going close to the sea shore. Also, the government has been deployed the Police personnel along the two-and-a-half kilometer stretch on the beach road. Barricades have also been put on all roads close to the sea shore. The Government has already declared the holiday for all schools and colleges in Puducherry. Control rooms have also been opened with toll-free numbers of 1070 and 1077. 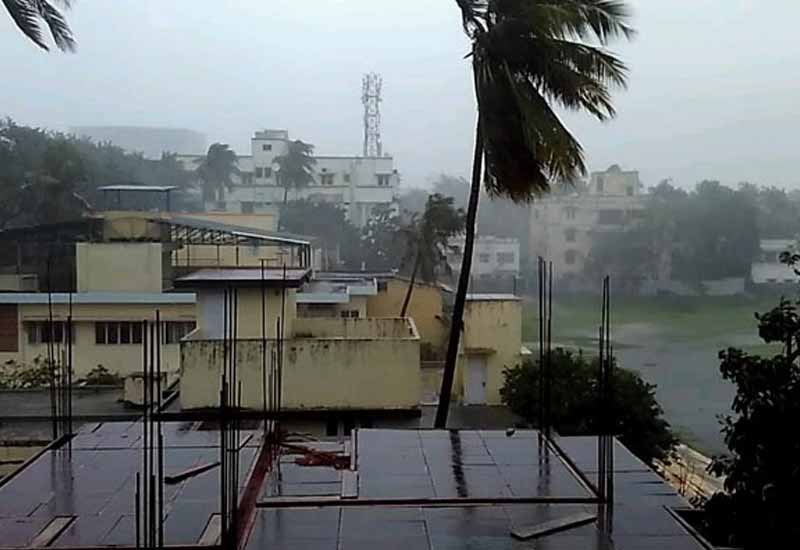