One of the important football games of the day between China and Korea Republic is scheduled on Thursday in a FIFA World Cup qualifier. The South Korea is facing the host team China at the venue of  Helong Stadium in Changsha, China. However, the both nations had recent political developments between them. It is all about the decision of South Korea to deploy the United States anti-missile defence system, leaving China fuming. Now, let check the China vs Korean Republic football preview here below along with the guide of Live Streaming online and TV list.

The South Korea (Korean Republic) is standing at the second position in the Round 3 and the team have almost qualified for the FIFA World Cup 2018 Russia. The team scored 10 points by winning three games and one drawn against to Syria without scoring any goals on 6th September 2016. 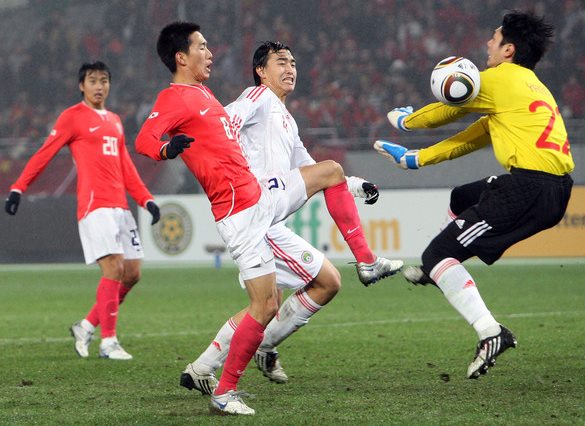 But, the China have not qualified for the FIFA 2018 World Cup till now. The team standing at the sixth position of Group A in the qualifier round 3. If the China had their win today, then it is a treat for their fans and also themselves.

China’s defender Feng Xiaoting quoted to the ESPN FC as “To be frank, South Korea are stronger than us, their players are very good individually, and as a team they play well. If we can maintain our performance level and play with self-belief, we can take them by surprise.”

The Group A bottom most team is China, the team just scored two points by two games drawn out of five games. The Iran has occupied the top position in the table of Group A stage. However, the top two teams will be qualified for the FIFA World Cup 2018.

Both of them have met each other as 40 times, in that the South Korea had won 24 games and China had five wins. Totally, eleven matches are drawn against each other.

The China football fans and the people can watch this match on TV with the help of  Star Sports 2 China. Also, providing the online Live streaming on PPTV Sport China.

The Korea Republic is providing the Live Streaming game on TV of JTBC.