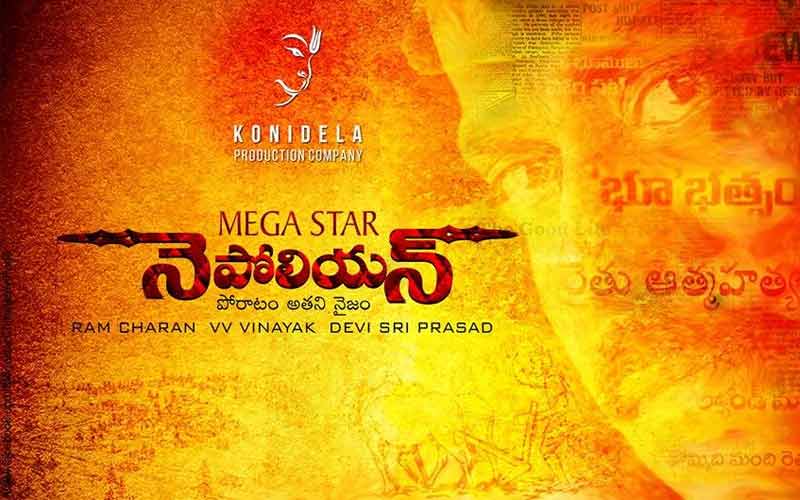 Before this official Title Poster, the fans of Chiranjeevi and other Tollywood surroundings are  murmuring the title “Kathiantodu.” This Movie is the official remake of Kollywood Actor Ilaya Thalapathi Vijay's super hit film “Kaththi.”  Also, there was a rumor as the film title has considered as “Khaidi No 150.”

The Official title of Chiranjeevi's 150th film has now confirmed with the poster of above; It is “Napoleon.” The director of ‘Kaththi' is non-another than the present director of Mahesh Babu's film, A. R. Murugadoss.

His Son, Ram Charan confirmed the release of ‘Napoleon' on the festival of Sankranthi 2017. His Upcoming film, ‘Dhruva' will release on the first week of October 2016. Chiranjeevi's 150th film Napoleon will release under the production banner of his Son's Mega Power Star Ram Charan.

We will also confirm that the music and background score will compose by the Tollywood music sensation director, Devi Sri Prasad (DSP).

All the Tollywood people were waiting for the Chiranjeevi's presence on Big screen again as after a long.