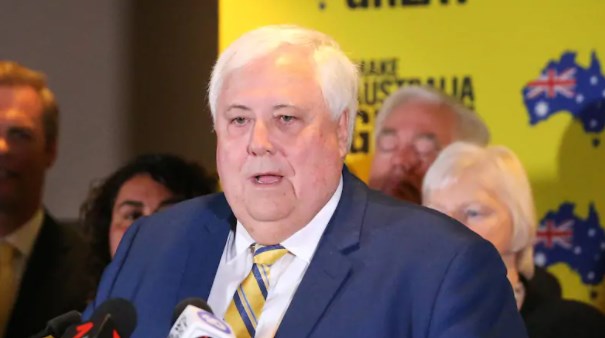 If you have followed mining or business news in the past 3 years, you’d know that Clive Palmer is in an ongoing legal battle with Chinese conglomerate CITIC.

CITIC is running operations for Sino Iron, an iron ore project situated on Palmer’s tenement land in the Pilbara, near Cape Preston in WA. The main issue the parties seem to be feuding over is a dispute over land which CITIC needs in order to construct a tailings dam; an earth-fill embankment dam used to store byproducts of mining operations after separating the ore from the gangue. Without it, Sino Iron might have to shut down.

However, Clive Palmer refuses to give CITIC the land they need, as the two parties continue to battle it out in court. While it is unclear why Palmer insists on holding back the land, some (including Premier McGowan) believe Palmer is acting out of greed, to try and “squeeze” the Chinese for more money.

Many feel that things at Sino Iron could soon be dire – if Palmer does not authorize CITIC to use the land, operations could cease. What’s so odd about Palmer’s continued refusal, is that he could make more money in royalties from such a land deal; according to sources, CITIC has been paying Palmer $1m per day in royalties since the project first opened its doors in 2013.

And Palmer isn’t the only one benefitting from Sino Iron’s presence in the Pilbara. According to CITIC’s website, “The Sino Iron project found total export earnings for Australia would exceed $100 billion, while wages to Sino Iron’s WA workers would reach $8.7 billion”. 3,000 workers are currently working at the site.

It’s no wonder, then, that WA Premier Mark McGowan stepped in to save the project. As early as November 2019, McGowan has tried bridging the gap between Palmer’s Mineralogy and CITIC to allow Sino Iron to continue operations as usual. Back in November, McGowan told State Parliament that he was very disappointed in Palmer's conduct, hinting that a legally binding agreement with the WA Government might be re-written to bypass Palmer, whose approval is required for Sino to gain access to more land. The Premier’s call has resonated and managed to garner support across the political map.

Former Federal resources minister Gary Gray has called on the State Government and Opposition to come together to rewrite the State Agreement with Clive Palmer’s company Mineralogy, in a bid to sustain Sino Iron and save 3,000 jobs.

This obviously made Palmer extremely displeased. He has since attacked McGowan in the media, most recently saying; “We are not prepared to give our property away for nothing to the Chinese”. Palmer said his company was being “discriminated” against by the WA Government, which was “favouring” a Chinese Government-owned company and even used an advertising blitz to attack Mr McGowan for siding with a “Chinese Government-owned mega group” and “refusing to meet” him to discuss the issue.

McGowan was quick to respond; “The State Government is continuing to explore our legal options regarding Clive Palmer's threat to the more than 3,000 West Australians who work on the Sino Iron project,” he told State Parliament.

“Palmer milks more than a million dollars a day from the Chinese investors and then attacks Chinese investment. He is a greedy hypocrite running a disgraceful attack on our biggest trading partner.” One Labor backbencher interjected during Mr McGowan's remarks to call Mr Palmer a “corporate criminal”, using parliamentary privilege.

First, he claimed CITIC “paid nothing while exporting billions in Australian resources to China”, despite the fact CITIC employs 3,000 employees, has paid hundreds of millions of dollars in royalties to the State Government, and of course – to Palmer himself. This has been done per Palmer’s explicit consent (as he is the tenement owner) and as governed by a State Agreement.

He goes on to say CITIC “demands additional land without any intention of paying for it”, which is also not true – CITIC will pay increased royalties to Palmer and the State, and has even negotiated paying for the land, negotiations which have reached an impasse when Palmer demanded $750m for the right to use the land, clearly an exaggerated sum which CITIC will not pay.

Perhaps the biggest issue with the video, though, is Mineralogy. It’s referred to several times as “an Australian tax resident” and “an Australian company”, despite not being Australian since the end of 2018. Palmer has moved Mineralogy to New Zealand and then to Singapore to both avoid paying taxes in Australia and to try and manipulate trade agreements in order to sue the Commonwealth Government.

Now, and for many months, Sino Iron employees are awaiting a solution to the CITIC-Palmer dispute in order to save their jobs. If McGowan’s State Government and the Opposition could come together to alter the state agreement, as they have been considering since November, Sino Iron could survive, to the best interest of the WA workers and Australian taxpayers. Whatever Palmer’s reasoning for his a-la-Quixote quest against Sino Iron, smart and responsible leadership could save the day.

How You Can Build Your Brand With A Business Sign

How You Can Build Your Brand With A Business Sign