Tamil people are protesting for their Pride Jallikattu, and whole Tamilnadu youngsters and college students are actively participating in this peaceful protest. Students and Youngsters made this “Ban Coke, and Pepsi” as one of a demand and many people welcome this demand. To respond them, Tamilnadu Vanigar Sangam (TN Traders Association) made this announcement that they no more allow Coke and Pepsi to be sold in Tamilnadu as they where foreign products and also not that good for health. 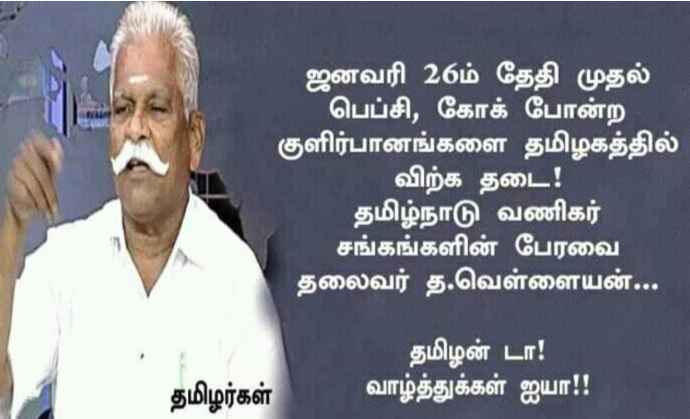 But still, the Government of Tamilnadu is the one who needs to make an Official announcement on Banning foreign cool drinks in Tamilnadu. He mentioned this Ban will be from Indian Republic day and necessary actions will be taken soon by discussing with their Government.

What do you think about banning Coke and Pepsi in Tamilnadu? Is this going to be a good move? Comment your opinion below and stay tuned for more updates on Jallikattu issue.