Colombia is the second team at present in the South America World Cup 2018 qualifier round 1 standing table. They facing Brazil who already confirmed their entry to World Cup 2018 Russia by winning their recent match against Ecuador on last Thursday (31st August 2017). Also, they had totally 11 wins out of their 15 games in this tournament so far. Still, they have to play three more matches against Colombia, Bolivia, and Chile. Colombia vs Brazil is the second match between each other in this tournament. In their last meeting on last year at this same week, Brazil won that match with the final score of 2-1.

The world’s eighth ranking team Colombia facing Brazil again in the World Cup 2018 qualifier at their home ground, Metropolitano Roberto Melendez in Barranquilla. The first ball of Colombia vs Brazil on today’s match will be kicked off at 03:30 pm local time / 09:30 pm BST / 04:30 pm ET. 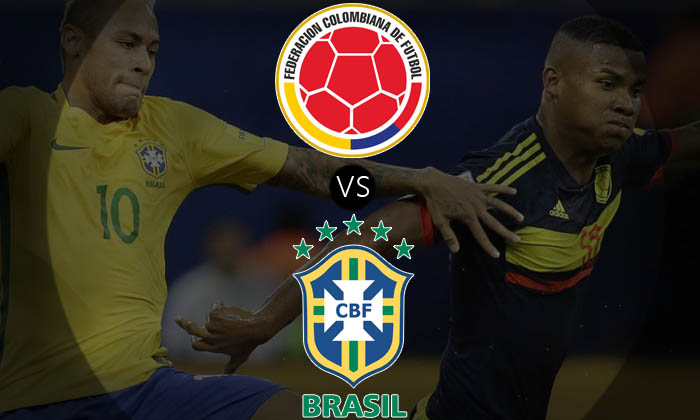 The Little Canary (Brazil) had totally 11 wins, three draws, and a loss in their last 15 matches in the round 1 world cup South America qualifiers. According to the FIFA World Cup, the first four teams in the standing table at the end of the round 1 will be qualified directly for the summer finals. The Brazil have already confirmed it on before of their last match against Ecuador. But, they again confirmed strongly by winning their recent match.

The Colombia having seven wins along with their four draws and losses. They had gained 25 points from their 7 wins and 4 draws. Because of the one point difference between Uruguay who placed at the third position, the Coffee growers (Colombia) is standing now at second on the table.

The following list of online websites and TV Channels are the official broadcasters. Watch Colombia vs Brazil live streaming on both digital and TV platform.

The people of Colombia can watch this match by using the TV channels of TyC Sports Internacional, Caracol TV, Caracol Play, and FOX Play Latin America. Based on the updated list of FIFA world ranking on August 10th, the Brazil national football team is standing at the first position. Watch the world no. 1 football team match on Globo, and SporTV. For the United States living people, they can catch this match at beIN SPORTS en Español in Spanish, beIN SPORTS CONNECT in English, fuboTV (online, try for free).