Cook With Comali 2 Delayed: In last week’s episode, Ashwin and Shivangi are the winners of the immunity task. So, Ashwin will not cook on 30th January, Saturday’s episode. While the show has a huge amount of fans across the country and among Tamil speaking people in the world, they all eagerly waiting to watch the show early on Disney+ Hotstar.

The Disney+ Hotstar VIP subscribers can watch all the Television shows early than the TV time. Usually, the users have watched the show from 6 am onwards, but the cook with comali today episode on Hotstar is delayed.

Fans were rushed to the official social media handles of Disney+ Hotstar and requested to update the latest Cook with Comali season 2 episode. The latest episode of Cooku with Comali 2 for VIP subscribers has updated around 1 pm after a few hours delay. 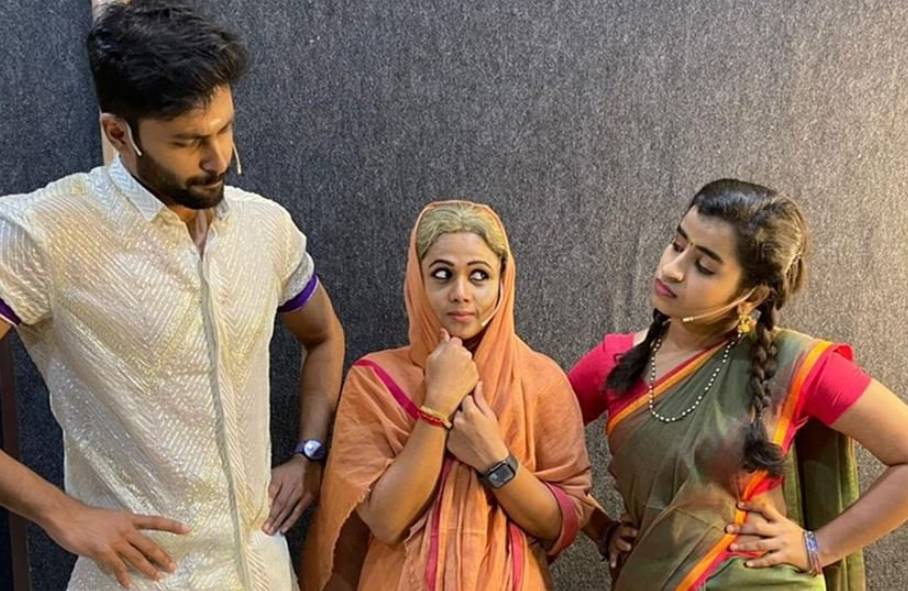 The official handle has replied “Apologies for the delay. Due to unforeseen technical issues, the episode has been delayed. Be assured it will be available soon.”

On the home page of Cooku with Comali on Disney+ Hotstar, they wrote as “TODAY’S EPISODE IS DELAYED” along with the show’s main plot description. According to the four cook with comali today’s episode promos of the 30th January 2021, the comical comalis and contestants faced another twist with the property of handcuffs and leg. In this week’s episodes, the ‘Comalis’ are dressed up in the getups of different movie characters like Baahubali movie characters.

As per the promo, Sarath looks like Kattappa (Sathyaraj), Thangadurai as Bijjaladeva (Nassar).

This is not the first time, the fans have faced these issues for a couple of weeks now after the show become a blockbuster among other shows. As per the report, Cooku with Comali 2 is the second most-watched show after Bigg Boss Tamil reality show. Chennai city is the number 1 among all the cities in the entertainment consumption of the Disney+ Hotstar OTT platform in India with 73% viewership.

Cook with comali show timings is at 06:30 pm on every Saturday and Sunday. The fans have already frustrated in the last two weeks because of the cancellation of episodes due to Bigg Boss Tamil Season 4 grand finale and Super Singer Season 8 grand launch.

Not only this comical cooking show, but all other Saturday shows were also not updated on the streaming platform, Disney+ Hotstar. The fans of Super Singer, Murattu Singles Manmadhan are waiting to watch the shows on the Hotstar OTT platform.