Cook with Comali 2 Highlights: The show is delayed again on Disney+ Hotstar but only for few hours. This is Valentine’s week, so the Saturday episode (13th February 2021) started as Valentine’s round. Cook with Comali becomes one of the stress buster show among Tamil speaking audience.

Few hardcore fans were subscribed to Disney+ Hotstar to watch the show early than Television. The contestants and comedians were become famous because of this show, which had the second-highest viewership after Bigg Boss Tamil as per the report.

Let see the highlights of today’s Cooku with Comali 2 Episode. Ashwin, Kani, Baba Bhaskar, Pavithra and Rithika were welcomed by the show host Rakshan. Comalis (Comedians) are in the secret room with special costumes that reflect Hollywood superheroes and cartoon characters. Check the character’s name as a list given below. 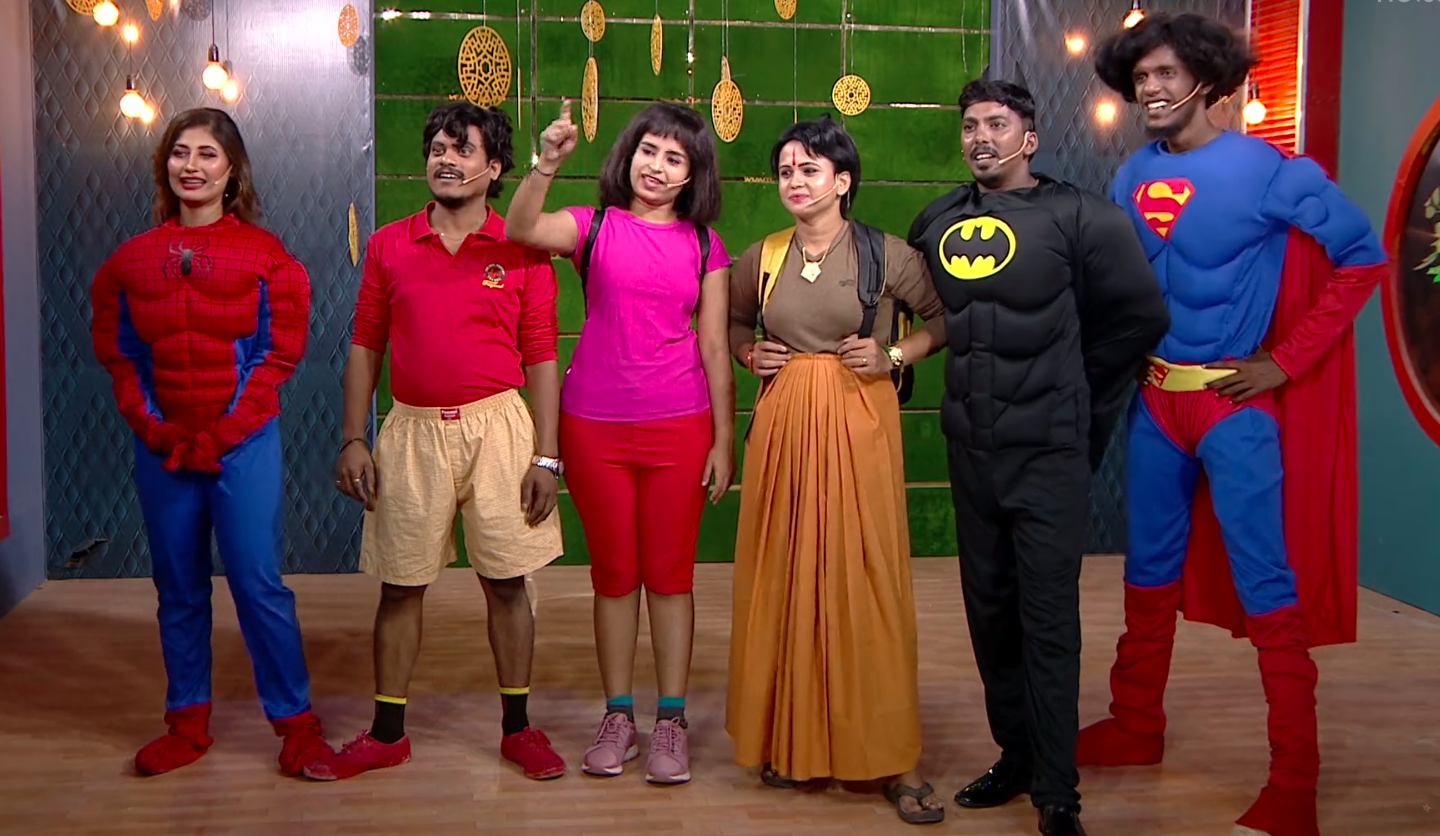 The contestants spoke their opinion on Valentine’s day and their love stories. Judges are welcomed by the contestants as this is an immunity week. Shakeela entered into the set lately. Contestants are chosen comalis (comedians) by taking bokais (a bunch of flowers) randomly. Check the pair list here;

Sunita paired with Pavithra for the first time. Kadhal Nayagan joins again with Pughal as same as last week. Master has taken flower bunches with the card of Chhota Bheem cartoon character, yes it is Manimegalai. She explained her love story to all, for that Kani said ‘I had goosebumps when I hear her love story’ to Ashwin.

In between, Sivaangi requested as ‘I will petition to the CWC production team that hereafter the comalis will be as mine as in the age of 20 only’ as a joke for the time dragging by the Manimegali’s love story. Rithika took a bunch of flowers, he is again with Superman Bala for the second time consecutively. Shakeela joined hands with Sarath raj. So the Kani is with Sivaangi this time, this is the first they cook as a pair in this season.

Rithika and Bala scored 8 points out of 10 against the pair of Kani-Sivaangi (4 points) and Ashwin-Pughal (4 points). So, today’s Cook with Comali advantage task winner is Rithika and Bala.