The CWC2 show currently has a large fan base on Vijay TV. Actor Sivakarthikeyan recently came to the show to appreciate the contestants and clowns. He said he did not know if taking a cooking show so comedic had happened on any other Television channels. 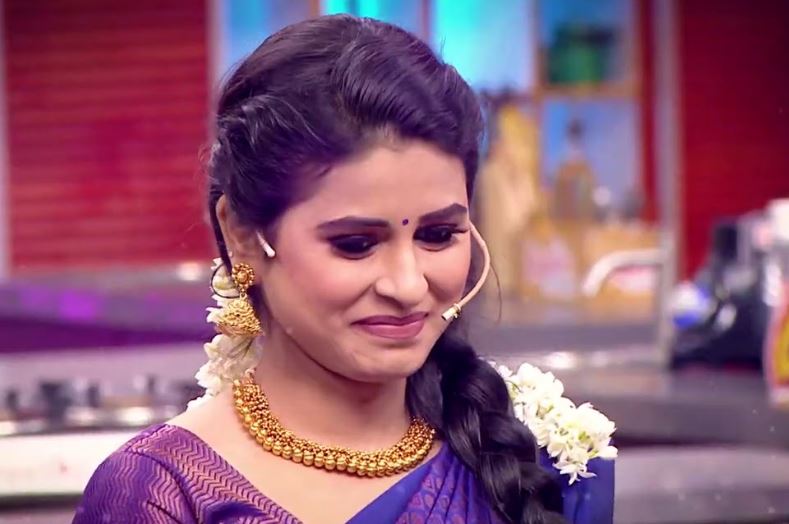 Who is the new contestant in Cook With Comali season 2 ( CWC2 ) ?

You can she her in the latest Cooku with Comali promo video, who is the serial artist in the Star Vijay Television. Her name is Ritika (Rithika). She is an Anchor, Television Artist, and Model who works in Sun TV and Vijay TV from Coimbatore. Popularly known as Raja Rani fame Rithika. Also, she is famous for her dubsmah (TikTok) videos. Her real name is Tamil Selvi. She is currently acting as Amirtha in the serial Baakiyalakshmi on Vijay TV.

Her Instagram fans/followers have already asked her about the wild card entry to this show. One of the Ashwin and Shivangi fan, l@m_lux_6 asked her “Mam are you coming to cook with comali next week?” three days ago.

Fans are expecting more wild cards and also more episodes with lot of funs. Meanwhile there are film opportunities for the contestants and comalis from this show. Pugazh has joined in the crew of Arun Vijay’s movie, he has signed on to star in the upcoming film directed by Hari and starring Priya Bhavani Shankar. The film crew has officially announced this.

Many people are congratulating Pugazh who is going to act with Arun Vijay.