Baba Bhaskar, Pavithra Lakshmi, Shakeela, Aswin Kumar and Karthika aka Kani are the five contestants, who all keen to win the title of ‘Cooku with Comali Season 2.’

CWC2 Latest Update: In the previous episode (30th January 2021), Kani and Bala won the advantage task. In today’s episode, the cooking contestants went to the darkroom this time. ‘Comalis’ choose the main dish on this elimination episode. ‘Vattara Samayal’ is the main task, it means ‘Regional Cooking’.

Bala chooses halwa, which is famous in Tirunelveli. He selected the Nelai region dish to cook with Kani. Manimegalai and Sivangi took Pallipalayam Chicken. So, Baba Bhaskar and the team need to cook a dish based on the Kongu Nadu region. Pugazh and Thangadurai have chosen ‘Kuli Panayaram’ and ‘Coffee’ respectively. Pugazh and Thangadurai want to cook Chettinadu cuisine and Kumbakonam regional cuisine. 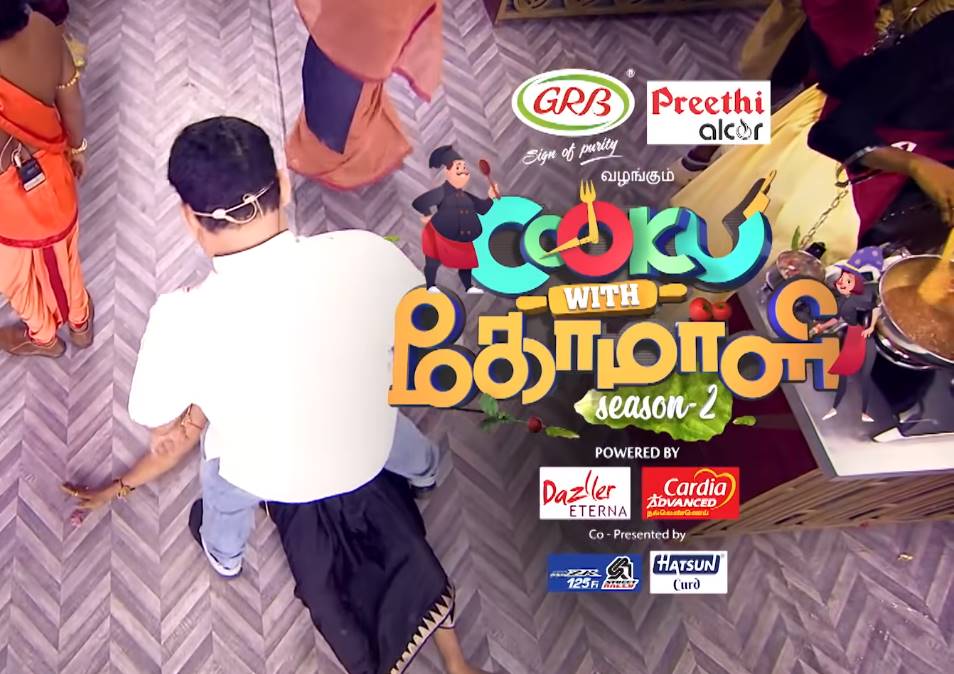 The following teams have done their cooks this weekend with a twist and turns. The contestants and the comalis faced a different kind of struggles this time. Though all of the four contestants have done well, so there is no elimination on 30th January 2021.

Kani didn’t use her one advantage in this episode, she managed on what she got to cook. She doesn’t want to change her cuisine.

Baba Bhaskar, Pavithra and Kani have faced trouble in the elimination weekend. Watch the ‘Cooku with Comali Season 2’ on the Disney+ Hotstar VIP early than the Television time. If not, wait until 6:30 pm to watch the show on Star Vijay Television Channel.