A mining mogul, 100 retirees and a once-luxurious Gold Coast resort turned warzone – or at the very least, a legal warzone – are at the center of this story:

It all starts in 2011, when Clive Palmer took over the Coolum Resort from Hyatt Regency. In its heyday, The Coolum Resort in Queensland was named the best golf course in Australia and even hosted the flagship golf tournament the Australian PGA Championship. However, 4 years and 160 life-size dinosaur replicas later, the resort fell into complete disrepair and new owner Palmer announced he was shutting it down in 2015.

This is, in itself, an odd story with Hollywood potential. But there’s more: The Coolum Resort is also home to almost 100 villa owners, mostly retirees, who purchased pat shares in villas for up to $100,000 before Palmer came into the picture. When Palmer shut down the resort 4 years ago, he also shut down water and electricity for most villas, leaving them uninhabitable and unsellable. 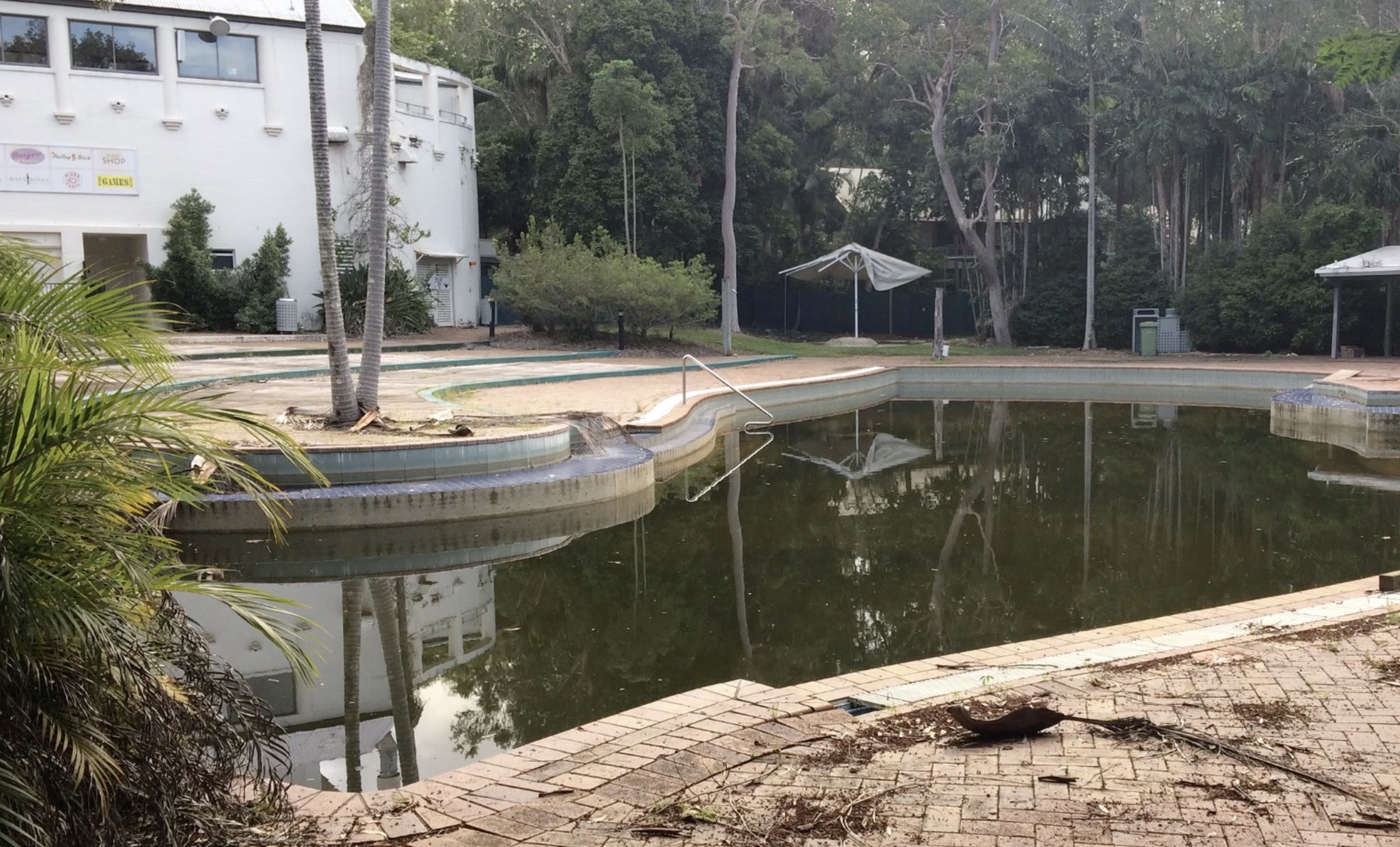 Now, villa owners installed a 200m, $120,000 power line that will support at least 30 of the villas which are not in the tennis complex section. Owners hope to be able to sell the properties once power comes back on. “You basically camp in them with lamps and water,” said Chris Shannon, a villa owner. “It’s a bit like ‘glamping’ (glamourous camping) I suppose, but it’s just not the way it should be.” The Australian reports that photographs from the resort now show “pools filled with filthy green water, gardens overgrown and buildings appearing shabby”.

ASIC is also in the picture; in 2018 the corporate regulator charged Palmer in relation to a failed takeover of the resort’s timeshare scheme and breaching corporate law by announcing, through his company Palmer Leisure Coolum, a bid to take over the President’s Club but failing to make an offer within the legislated two-month period. This is no laughing matter; the charges carry a maximum penalty of two years’ imprisonment and fines of $11,000.

A looming threat of a criminal investigation seems to be a strong motivation for Palmer to make things right in his businesses: Just recently, in the beginning of August 2019, he put at least some of his legal disputes in order by striking a deal with the Queensland Nickel liquidators. 3 years after his Townsville nickel refinery went under, Palmer agreed to pay almost $200 million to creditors and workers. Regulators, the court, liquidators, service providers, workers and Townsville authorities have been chasing Palmer down for money since early 2016.
Still, the trial is still said to continue, with both Palmer and liquidators making claims of misconduct. It is unclear if the ASIC investigation regarding Queensland Nickel will continue, with Clive Palmer and Clive Mensink accused of trading while insolvent and breaching their duties.

Some wonder why ASIC is taking so long in their investigation. Palmer bought Coolum Resort back in 2011, meaning 8 years have passed and no real progress has been made in the investigation. 100 Australian retirees whose hard-earned retirement savings were put into once-prime real estate are desperately waiting for ASIC to help them. If the regulator won’t step in to defend helpless retirees, who will?
But the QNI precedent proves Palmer could cough up the money; the richest man in Queensland very well could work with villa owners to restore proper living conditions in the compound and return Coolum Resort to its former glory. This could mean more jobs for Queensland (600 staffers lost their jobs when the resort was shut down), a boost for the local real estate market and the local economy, with tourists and golfers coming in. With Palmer, it seems that all it takes is the right amount of pressure.