It is Premier Leauge match between Crystal Palace and Southampton today. The hosts have dropped six straight, and welcome a side who just knocked Arsenal out of the EFL Cup.

Southampton are in 10th place, but with 15 goals conceded boast one of the better defensive records in the top flight, with only four other teams letting in less. They’re also into the last four of the EFL Cup after beating Arsenal 2-0 at the Emirates. 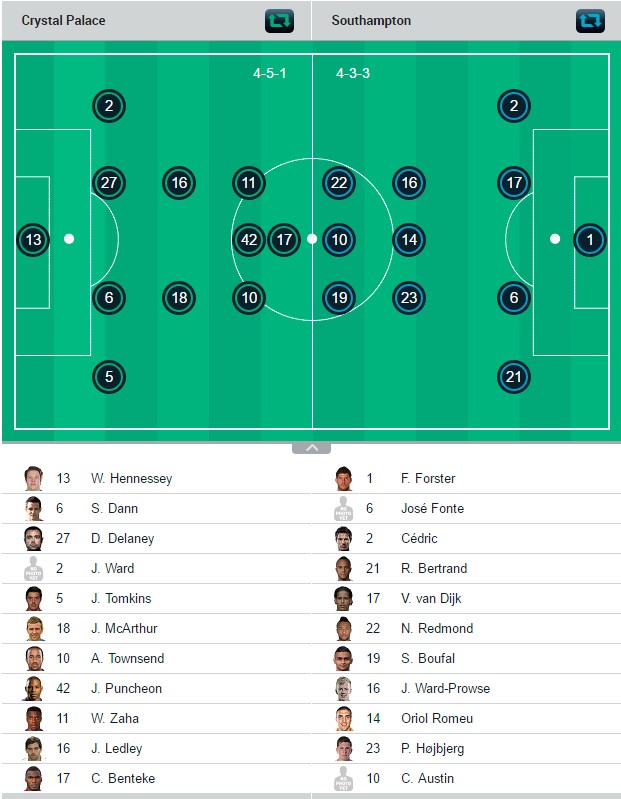 Connor Wickham and Steve Mandanda will both go under the knife to deal with knee problems, and miss out this weekend, while Yohan Cabaye is suspended. Joe Ledley is recalled to the team, with Christian Benteke leading the line.

Comment who is going to win today and stay tuned for the results.