Dangal box office collection – 4th day / 4 days Report: At the end of the year, Amir Khan’s Dangal has released and going well in the Box office collection around this world. The lead actor has handled the film promotional in a different aspect as he released the film with press show. The film cast and crew are standing under the rain of appreciation over all the corners. Amir Khan’s Dangal has also got good reviews by the Audience. The film has broken the records of Salman Khan’s Sultan and the lead Aamir Khan’s own PK as per the collection of Monday.

The Hindi movie critic and trade analyst Taran Adarsh said that the film has earned totally Rs 132.43 Crore in four days. The fourth-day collection of the Dangal in India is 25.48 crore, while Salman Khan’s Sultan has collected Rs 15.54 crore and Aamir’s PK collected Rs 21.22 crore on its first Monday. 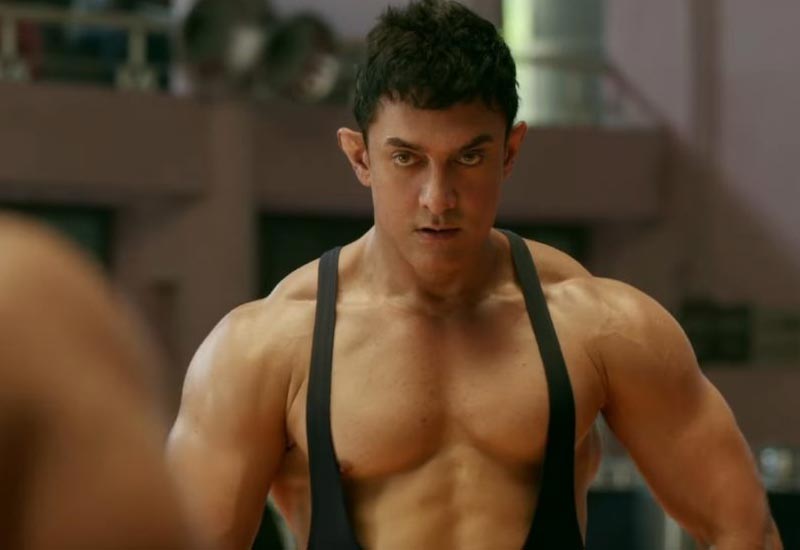 According to the report of Taran Adarsh, the Sensational film by Amir Khan has released in three languages across worldwide. The first and primary language of India, Hindi is the original film. Other two major regional films are dubbed by the dubbing specialist on certain languages. The Tamil and Telugu are the second and third languages. In Tamil and Telugu Cinema halls are filled with the audiences till today. Also, the Kerala Box Office has a complete favor for Dangal. After Kabali, Dangal is the second film which earned 50 Lakhs plus in Kochi multiplexes in two days. While the 2016 Malayalam blockbuster films of Pulimurugan and Charlie have taken four days to reach the 50 Lakhs mark.

Overall, the opening day collection of the film is Rs 29.78 Crore on Friday, Rs 34.82 Crore is the report of the Dangal collection on Saturday. At present, the heart day of Cinema industries is Sunday. Aamir’s Dangal has bagged Rs 42.35 crore at this hot day in India. The first working day at the end of the year after the holiday, the film earned Rs 25.48 crore on its fourth day, Monday. So, totally Rs 132.43 crore is the Dangal box office collection in four days.

The Aamir Khan’s latest film Dangal has released in the United States and Canada on Wednesday. According to the reports, the film embarks its ride from there. The film collected $ 282,280 in the USA and $ 42,816 in the Canada on its first-day release. The second and Thursday earning of Dangal in the USA is $ 424,902, which is increased 50.52 % on previous day collection. Also, the film earned $ 58,822 in Canada on its second-day release. The Friday report says that the film earned $772,439 in the USA and $107,251 in the Canada.

In New Zealand, the film collected $ 28,019 on its first day of Thursday and $ 64,820 in its second day. The film had the massive response in the Overseas, the third day of New Zealand box office collection for Dangal is $ 49,537 (some screens are not reported).

Overall, the film collected $ 11.2 million (Rs 76.16 Crore) till Monday on overseas. Some more screens yet to report the collection status.

By adding both collections of India and Overseas, the Aamir Khan’s Dangal has collected more than Rs 208 Crore at the end of the first-weekend result. It looks like, the film will reach Rs 300 Crore at the end of the year. It is the biggest result for Aamir Khan and team in this 2016. Dangal is the fifth film of Aamir in 100 Crore club after Ghajini in 2008, 3Idiots in 2009, Dhoom 3 in 2013, PK in 2014.