Dangal First Day Collections: Aamir Khan’s Dangal movie has broken many records in 2016. Dangal First Day Collections has set a record for the highest collection in a non-holiday release. After getting the positive response from Celebs, Critics, and Audience, the movie has crossed the expected first Friday record too. The film has taken a great start with estimates around 30 crores on day 1 of its release. The estimated collection includes the local group. In more than 5000 theaters, Dangal movie got released all over the world.

Dangal released in Hindi, Tamil, and Telugu which altogether gave it as huge box office collection with 28-30 Crores. The Box Office collection is only from Indian markets. However, the overseas collection is yet to revealed. The movie also took a great start in North America. 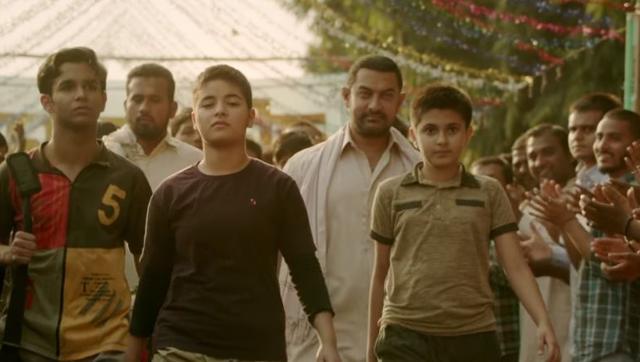 Dangal is doing extremely well at the multiplexes, mainly in the metros across India. In Capital Delhi, UP and other centers the film has taken a great start and since Dangal is a family movie, the weekend collections of the movie is expected to break more records and cross 100 Crore box-office.

As per our estimates, Dangal will become the second highest opening grosser of the year following Salman’s Sultan. The collections of Dangal could have gone more if there was no demonetisation. Considering demonetization and Non-Holiday, the film is performing magnificently in the market and surely Mr. Perfection’s Dangal First Day Collections will go more during the first Weekend.

Nitesh Tiwari directed Dangal stars Aamir and Sakhi in lead role and is based on real story of Mahavir who stood with her Daughter to win Gold medal in wrestling.

Share your comments on Dangal movie and its review here.