India vs England 5th Test live cricket streaming: India started their first innings batting yesterday on December 17 in the second-day match of 5th test. The opening batsmen Lokesh Rahul and Parthiv Patel have stands calm and scoring runs without losing their wickets. Both of them have scored 60 runs at the end of the day by Rahul’s 30 in 68 balls and Parthiv’s 29 in 52 balls. The extra one run due to leg bye. Stuart Broad and Moeen Ali have spent their five and seven overs as highest in the day-2 game. Let continue to watch the India vs England 5th Test live cricket streaming on Online and TV with the guidelines provided here.

The 26-years-old Liam Dawson’s first test match in his career against India has started as good. He scored 66 runs at the eight down batting of England without losing his wicket till at the end of the innings. He paired with the ninth man of England, Adil Rashid and scored (108 runs) third highest eighth wicket in India.

Moeen Ali and Jonny Bairstow have missed their half-century against India. Moeen Ali gone with the score of 146 in 262 by Umesh. Bairstow has caught by Lokesh Rahul on Jadeja’s over. 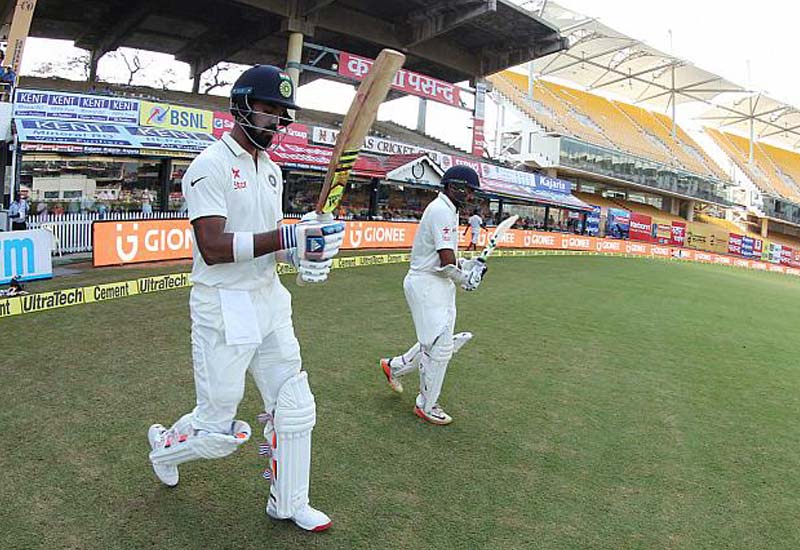