Delhi Rain: Due to the heavy incessant rain at Delhi on the second day. The Road from India Gate to Ashoka Road caved on this Thursday, September 1, 2016. So, this route has disturbed by the traffic. This News trending on Twitter widely in India. 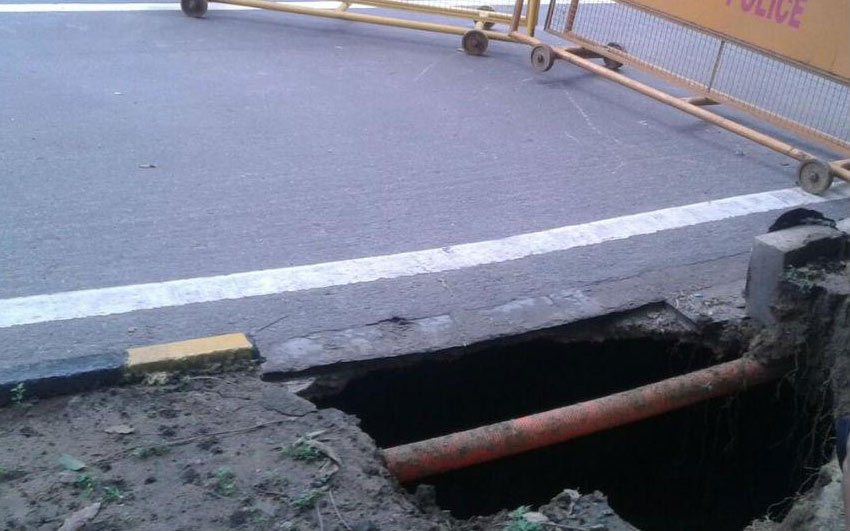 The Traffic Joint Police Commissioner, Garima Bhatnagar said “The area has now been cordoned off and the traffic diverted. NDMC workers are repairing the road and vehicular movement will be slow around the area till the work is done.”

Also, she added that the “The road from India Gate towards Ashoka Road, in front of bungalow number 14, Windsor Place, has caved-in due to incessant rains disrupting traffic on that route.”

The following locations at Delhi were affected due to heavy rain.

Today, it is second consecutive day causing waterlogging, traffic jams, vehicles break down in many areas. Because of Delhi rain, some air flights also affected its time and journey. Delhi is the one of the most using automobiles location in India. It is very difficult to move from one place to another in normal days. It is impossible on this rainy days.