Denver Nuggets (20-25) at Phoenix Suns (15-31) will face together tonight. The Nuggets beat the Phoenix Suns at home Thursday night 127-120. Behind a big offensive performance from Nikola Jokic, the Nuggets extended their winning streak to 2 games. Looking forward to tonight’s matchup the Nuggets travel to face the Suns, a team they have beaten in all 3 games that they have played so far this season.

The Phoenix Suns lost to the Denver Nuggets on the road Thursday night 127-120. Currently, on a two-game losing streak, the Suns look to bounce back as they host the Nuggets at home. The Suns in their previous three meetings with the Nuggets this year have struggled defensively to contain the Nuggets high scoring offense.

Phoenix Suns: Dragan Bender (PF) is out tonight due to right ankle soreness. 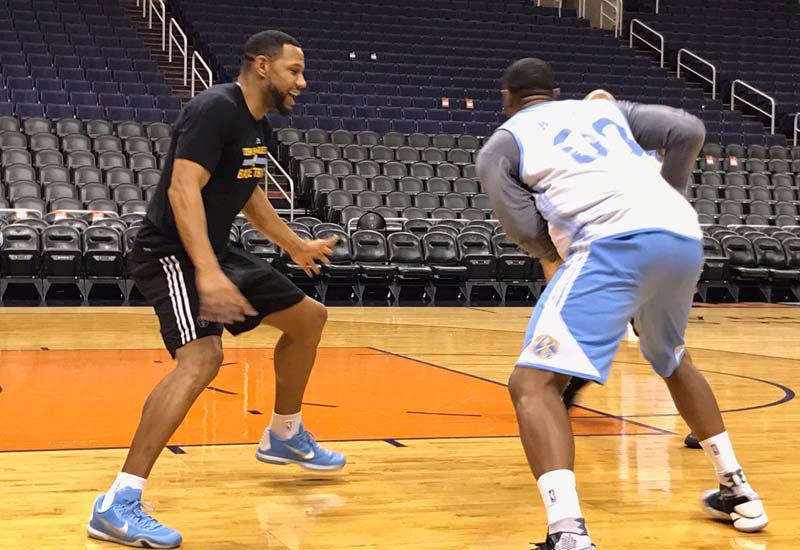 The high-scoring Nuggets travel to face the struggling Phoenix Suns.

Denver Nuggets Next game (Away Game)

January 31, 2017 – Denver Nuggets will play their next game against with Los Angeles Lakers at STAPLES CENTER, LOS ANGELES, CA. Watch Live on ALTITUDE 2 and listen to the KWOF 92.5 FM. Buy Denver Nuggets tickets at the official NBA website.

January 30, 2017 – Phoenix Suns next game is against with Memphis Grizzlies at TALKING STICK RESORT ARENA, PHOENIX, AZ. Watch the Live match on (TNT) and listen to the ARIZONA SPORTS 98.7FM / KSUN 1400AM (ES).