The Deportivo La Coruna is set to face the Barcelona at 03:15 pm GMT (11:15 am EST). The 27th match of Barcelona and Deportivo is scheduled at Estadio Riazor, Spain.

Barcelona defeated PSG in their last game by scored 6-1 and made that game as greatest comeback of Champions League. Before the attack of PSG, the team met two others and defeated them in the La Liga with great scores such as Celta Vigo, 5-0 & Sporting Gijón 6-1.

The Opponent of Barcelona today is Deportivo La Coruna, the team is standing at 17th position with the points of 24 in 26 matches. The team lost two games and have two drawn with one win against Sporting Gijón on last Sunday.

Both of the team have faced each other as many times. Out of last five games, the Barcelona had won three and drawn two other matches. 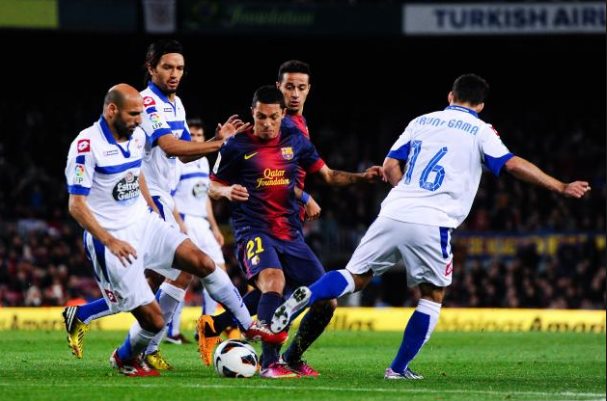 The Spain football fans and the people can watch this game on TV and online with the help of beIN La Liga and it’s beIN Sports Connect Espana. As well as the people of the Africa have SuperSport 12 and it’s SuperSport live.

The India and surrounding countries had the official channel to broadcast this match on live streaming TV and online with Sony Six/HD and SonyLiv.