Home » Sports » Dhawan, Jadeja will not play in 4th and 5th ODIs in India vs Australia series

India won the ODI series against Australia and they will play the remaining 4th and 5th ODI matches on coming 28th September in Bengaluru and 1st October in Nagpur. Shikhar Dhawan will also be out from the India squad on the last two ODIs, who didn’t play in the first three matches of this series.

After the 5-wicket win to Australia on Sunday, the All India Senior Selection Committee announced that the Indian opener will not be played on 4th and 5th One-Day International cricket due to his personal life. The official 15-member squad also released by the Committee on September 24, Sunday. 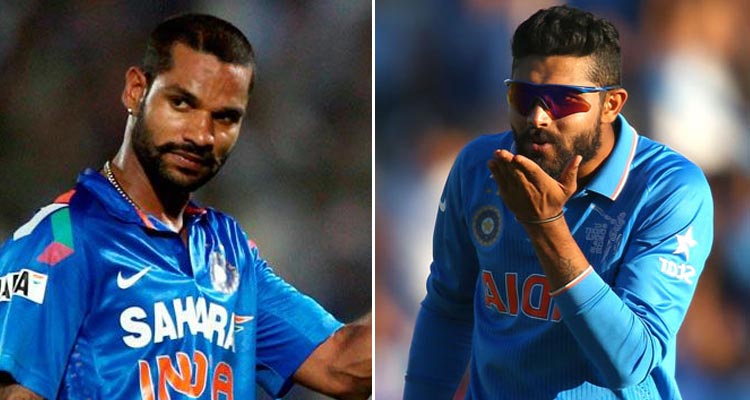 In the new India squad, the Ravindra Jadeja also missed his next two limited overs cricket matches to Australia. Because of his sprained ankle injury, he missed the first three ODI’s.

Instant of Dhawan, Ajinkya Rahane is there as the opener of the ongoing 5-match ODI series. While he maintains his opportunity as good but, the team expected more from the top lineups. In the Sunday’s match, he smashed 70 runs and his opening partner Rohit Sharma also scored 71 runs by hitting 4 sixes, and 6 fours.

Rahane using his opportunity without considering his future on all the time. He said that “When Shikhar comes back, we all don’t know what’s going to happen. For me, important thing is to give my all for the team.”

Check the India squad for 4th and 5th ODIs

The 4th ODI match between India vs Australia will be held at M.Chinnaswamy Stadium, Bengaluru. And the fifth-ODI match at Vidarbha Cricket Association Ground, Nagpur.