Karunanidhi, DMK leader readmitted to Kauvery hospital in Chennai on December 15, Thursday night due to the difficulties in breathing. The Kauvery Hospital has issued the Press release and it reads that the 92-year-old DMK leader was suffering from a throat and lung infection.

Also, the medical bulletin by the hospital has said that his condition is stable and the treatment has begun.

Dr. Karunanidhi is crossing his 92-years and he rushed to the facility from his Gopalapuram residence at around 11:10 pm. He was discharged from the Hospital about a week. His son MK Stalin, daughter Kanimozhi and senior DMK leader TR Balu were visited the hospital yesterday night. 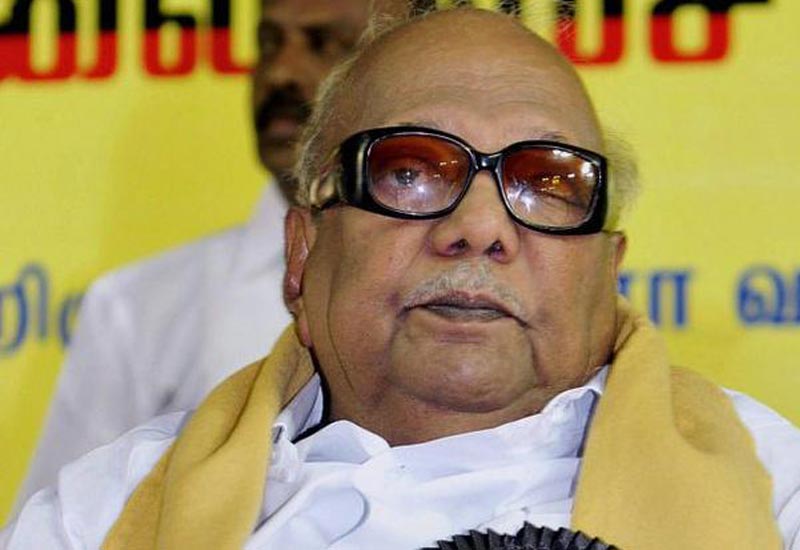 The DMK leader can’t be able to do the public activities for over a month due to his health condition. He underwent treatment at home and later at Kauvery hospital, where he got nutritional and hydration support. He was suffered from drug-induced allergy and treated for boils from his allergy.

Tamil Nadu’s most leading parties are suffering from the condition of their leadership. During his illness, current Tamil Nadu State has suffered due to the sudden death of chief minister J Jayalalithaa at the age of 68. She died in Chennai on December 6 after 75-days of medical treatment.