India: Students across India from the class 1 to 10 can join in this Doodle 4 Google contest. The Google search engine conducting a contest called Doodle 4 Google every year. Here, it is for 2016. The winning animated Doodle will display on Google on the Childrens’ Day on November 14, 2016. Doodle 4 Google Update is here for India. 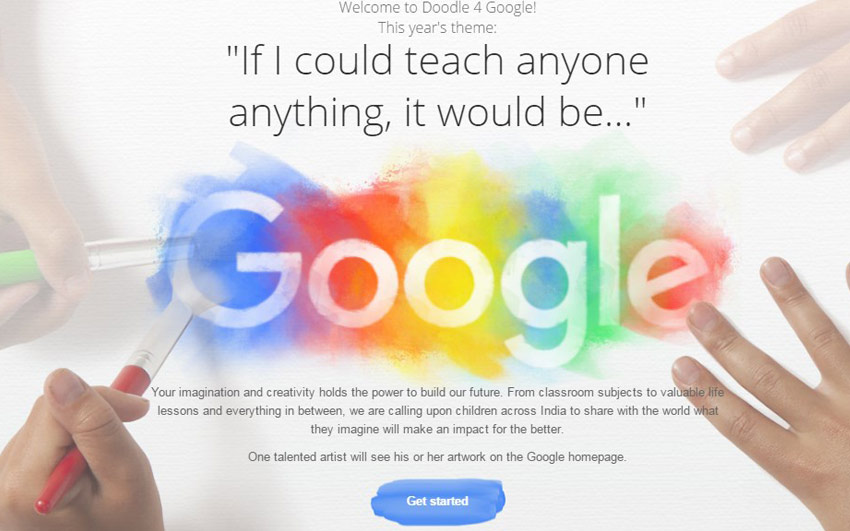 As per the Google India instructions, The 2016 Doodle theme is “If I could teach anyone anything, it would be…”. Google India invites the students those who all studying on class 1 to class 10 for the Doodle 4 Google contest. As per the words of Doodle 2016, Google asks students to draw…

Students should submit your doodle before the midnight of October 21, 2016. On 1st November 2016, google announce the 12 finalist name and allow for the public vote. November 10 is the last date for the voting. So, the voting process will happen for 10 days. Final and winner doodle will display on Google Doodle on November 14 of this year.

Past winners of Doodle 4 Google