Ecuador Earthquake Report: Ecuador is a Country, situated in the South America’s West Cost. Recently, the country was affected by the major earthquake on Saturday Night 16th April 2016. The Earthquake has been recorded as a 7.8 Magnitude on the Richter scale. Here another earthquake in the same country on Wednesday as a 6.1 Magnitude. 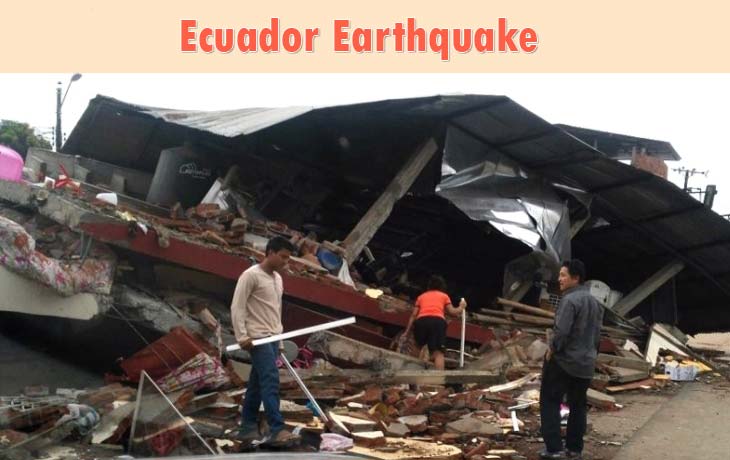 There were more than 480 People died in the worst disaster of the Ecuador Country, according to the report of CNN on Tuesday.

The Country’s Security Risk Management Minister released the toll death statement from the Saturday’s Earthquake. In that report, it shows the death rate is more than 480 and more than 4,000 people are injured.

School Children are affected because of 2016 Ecuador Earthquake

From the Preliminary report, totally 119 schools are damaged in this Ecuador Earthquake 2016. Because of this earthquake, roughly 88,000 children are affected. Also, 805 buildings were destroyed, and 608 buildings have been damaged. 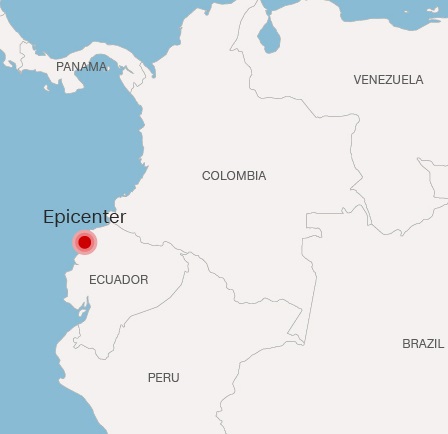 UNICEF representative, Grant Leaity said, “We are in a race against time to protect children from disease and other risks common in such emergencies.”

Some of the cities in the Country still without full power, the lack of water and the communications network also working partially as the fourth percentage.

10000 Soldiers and 4600 Police force are there to recover the affected area. Temporary Shelters are arranged by the Government and some welfare associations from nearest eight countries.

Also, the Government arranged the inspection about door-to-door initial carrying about the basic survival needs and the government also supplying as much as possible.