Eeswaran Movie Review: The young superstar has back again, after a long years actor Silambaran appeared in a village-based movie. The actor lost his body weight while the nation was in lockdown. Later, he signed to shoot a simple commercial movie in short days with Susintharan.

Eeswaran shoot was completed within 22 days of a single schedule. Also, music was composed by S. Thaman within a month and completed recordings, whereas cinematography done by Thiru and editing handled by Anthony.

The film has released as per the schedule on 14 January 2021, coinciding with Pongal. The makers were faced few issues to release movie, they face another issue after the release, Eeswaran Movie leaked online for free download. 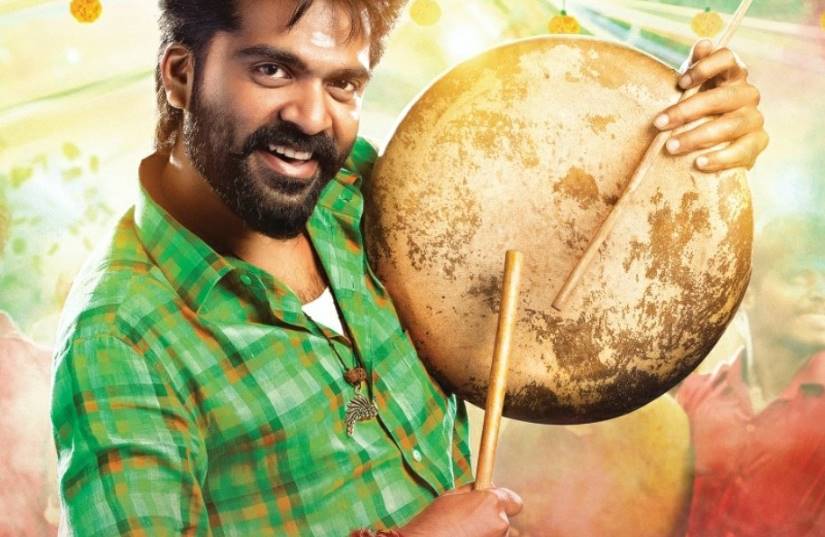 Eeswaran Movie Story: Periyasamy (Bharathiraja) is a man respected by all in the village near the Dindigul district. He lost his wife and has been raising his children since he was a good father. At one point the children grow up and go their separate ways.

A few years later they all return to the village on Periyasamy’s wife’s memorial day. Periyasamy's family is in danger through someone who was imprisoned by Periyasamy at that time. His son Eeswaran (Simbu) fights to save Periyasamy's family from this danger. Did he finally save his family? What is the background of the danger is the rest of the film.

Simbu, who has been playing the role of a village since 2003, has once again shown his best performance. Taking care of Dad has brought out his usual chip everywhere as he sings duets with the heroine, clashes with the enemy for the family, and chats with friends.

But Bharathiraja, who plays the role of Periyasamy as his father, has more parties than him. As befits it, he too has exhibited his usual outstanding performance. It seems that the director did not use Simbu's talent properly.

The fight scenery is not so appealing. Balasaravanan's comedy evokes laughter. Nithi Agarwal, who played the heroine, has only done the job she was given. Another heroine Nandita has revealed her usual acting. At Thaman Music, the songs have already been released and are a success so it looks even more beautiful when viewed on-screen. Cinematographer Thirunavukarasu shows the beauty of the village at the right angle.

Eeswaran Hit or Flop: It's not a hit or flop film, an average movie to watch as a general audience. People who like to watch village oriented movies in a simple story can enjoy this movie. But, it's a cup of tea for those who keen to watch only story-based movies.

A template rural family entertainer with mass scenes, sentiments and comedy scenes. Silambarasan has given his best. The story and screenplay could have been better. The movie ends with an unexpected climax twist.