The top teams of La Liga tournament are ready to face each other today on March 4, 2017. The Eibar is standing at the seventh position and Real Madrid is spotted at second place in the table with the winning games of 17 and scored 56 points. Also, the Eibar have scored 39 in 11 wins, 6draws, and 8 losses.

The Eibar and Real Madrid are delivered the same results in last five games in the La Liga competitions. The Eibar had its recent match draw against Real Sociedad on this Wednesday in La Liga 2-2. Also, the Real Madrid had their draw to Las Palmas in this Thursday 3-3.

Before that, the Eibar have won three of their matches against Málaga, Granada, and Valencia. And the Real Madrid beats three teams in La Liga (2) and Champions League (1).

In head to head analysis, Real Madrid has won four matches in last five against Eibar without any opponent’s score as 4-0, 2-0, 3-0, and 4-0. The most recent meeting between each other has ended with the result of the draw on October 2, 2016. 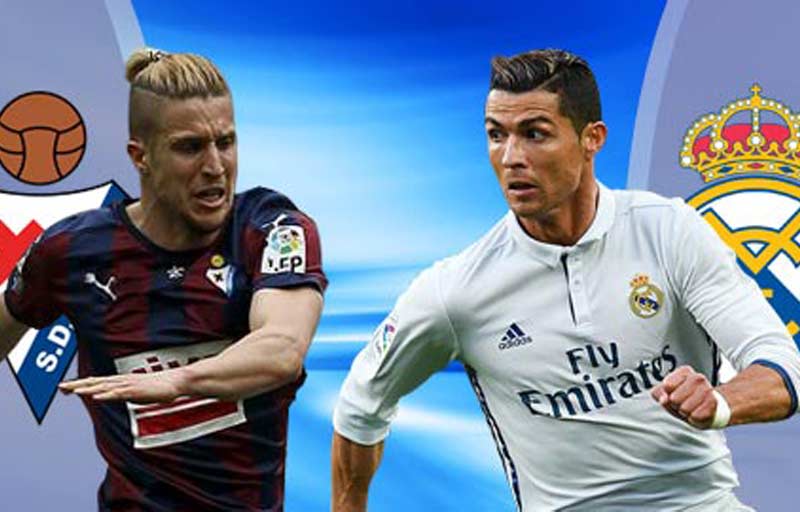 Zidane told the club’s official website as “I have 24 players and my message has always been the same since I arrived: everyone is important. I am not going to change.”