England vs Pakistan ODI Cricket Series: After the Test series between England vs Pakistan. Here they all ready to face each other in the One Day International Series from Today on Wednesday, August 24, 2016. The Pakistan team created a history by reaches the No. 1 place in the ICC Test ranking. But, the team stands in the ninth position in the ICC ODI ranking. Here we Provided the Team Squads, Live Streaming Update, Last Five Match Results, Facts and Captain Quotes. 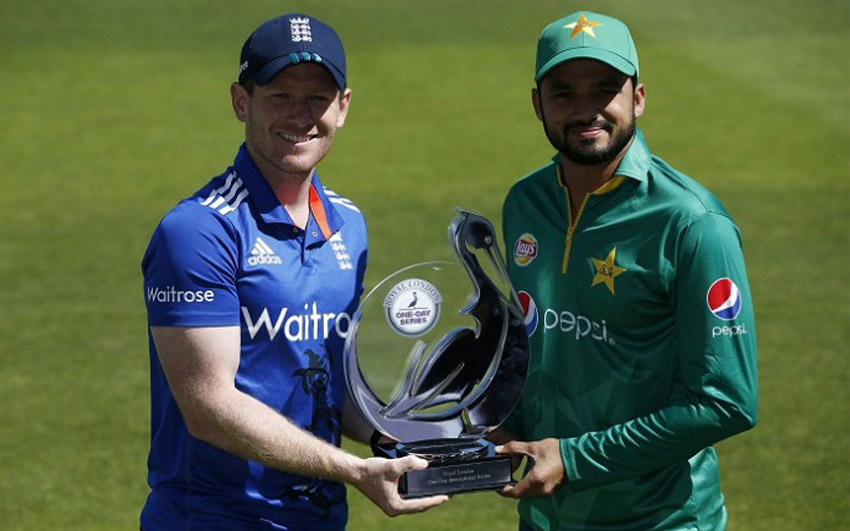 The First One Day International Cricket Match will be held at the Rose Bowl, Southampton. On August 24 at 14:00 local time (13:00 GMT, 18:30 IST). Here we provided the details of England Squad and Pakistan Squad along with the Live Streaming Online and TV.

The England Team won the last three matches out off Five with one Tie and lose. The Pakistan team won only one match in the last Five One day International Matches.

The England Player Jos Buttler needs his 22 runs to reach 2000 runs in One Day Internationals.

The England Team have not lost an ODI series against Pakistan since 2005.

Eoin Morgan: “It will be a very tough series against Pakistan, especially as the recent weather means conditions may suit them more than they suit us initially. It is a good test leading into the winter.”

Azhar Ali: “We have very good potential in one-day cricket also, we’ve certainly got belief. It’s really important going into any series, you need to have belief and trust in the ability of the players. If we bring our A game we definitely will compete and inshallah beat England”