Enthiran 2 aka 2.0: Rajinikanth – Vadivelu teams up again after 8 Years

Enthiran 2 aka 2.0: The upcoming film of Superstar Rajinikanth’s 2.0 movie is growing up gradually as high. According to the latest update, one more big star of Tamil Cinema has added to the cast of the film. He is the comeback actor to the Tamil Cinema and sensational present comedian, Vadivelu. Lastly, he associated with Rajinikanth in a blockbuster film, Kuselan. So, after the gap of eight years, they both will appear on screen as one again in 2017. The combo of Rajinikanth in Muthu and Chandramukhi is the biggest plus point of those films. There is no official confirmation about the role of Vadivelu in 2.0, popularly known as Enthiran 2.

The most wanted Comedian of Tamil cinema, Vadivelu has stayed away from the films on his past two years. Again, he is back now along with the actor Vishal in Kaththi Sandai. The film has released on this Friday, December 23. The film has marked with the mixed reviews.

Enthiran 2 aka 2.0 Rajinikanth – Vadivelu teams up again after 8 Years 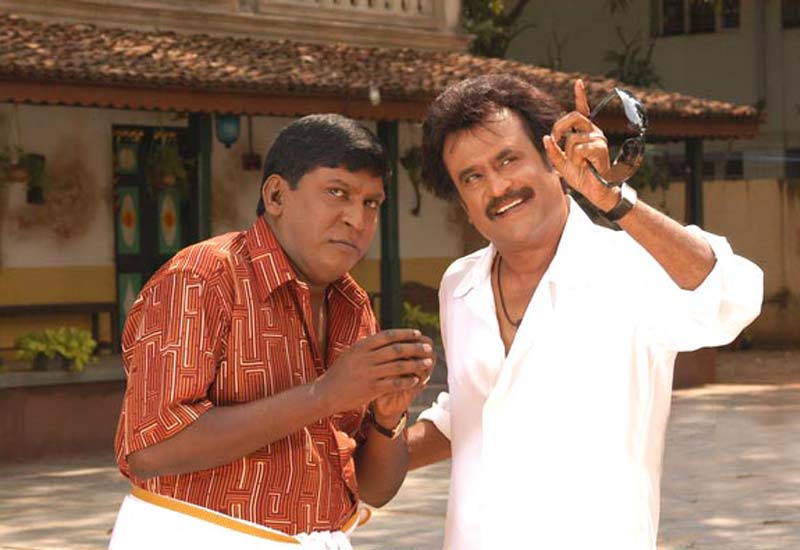 At the meeting of Kaththi Sandai promotions, the actor Vadivelu has revealed that he was offered to act with Rajinikanth on Lingaa from the director KS Ravikumar. Due to the character’s limited role, he rejected that film.

Then, now he will act with Rajinikanth again with the director Shankar’s 2.0. The film is undershooting along with the villain of Jolly LLB 2 hero Akshay Kumar. Amy Jackson is the lead female of the film. Sudhanshu Pandey, Adil Hussain, Kalabhavan Shajohn, and Riyaz Khan are in the lead cast. AR Rahman musical version 2.0 is cinematography by Nirav Shah. And the film had the editor as Anthony.

Lyca Productions is the producing this film with the budget of Rs 400 crore. As per the schedule, the film will hit the theaters on October 18, 2017. The film is dubbing on Tamil, Telugu, and Hindi languages.

As per the source, the director has planned to spend more time on post-production. The film promotional work will start from mid of 2017.