Superstar Rajinikanth and Akshay Kumar starring 2.0 (aka) Enthiran 2 teaser will be released on 1st May 2017. 2.0 team gave an official updated regarding Enthiran 2 teaser, trailer and audio release updates. Recently, Akshay Kumar and Emy Jackson’s fight scenes were shooted and almost 90% of the shots and works are over for the movie. 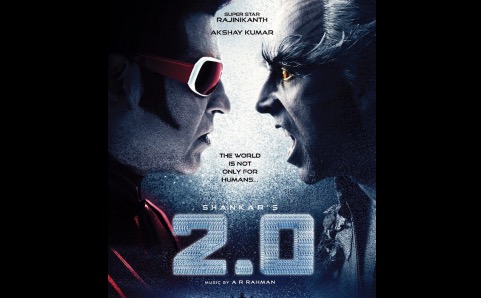 Last year, Rajinikanth’s Kabali movie teaser was released on May 1st, 2016 and the movie became a super hit and broken all the Indian movie records with tremendous collections all over the world. So Rajini fans are expecting 2.0 to break all his movies previous records. Stay tuned for more updates on Enthiran 2 (aka) 2.0 teaser updates, movie latest news on Trailer and audio launch date.