So, the most recent group video chat application of Facebook’s Messenger can be found on both Android and iOS from December 19, Monday. Also, users can use this group video chat on the desktop version. After the Live Chat Video of WhatsApp, the Messenger launched Group Video Chat now on the occasion of holidays. The Latest updated version is rolled out globally. People can chat Up to 50 people at a time on a single Video Chat. So, the messenger turns most perfect corner for friends to meet together from anywhere. Watch the Official Tutorial Videos here below. 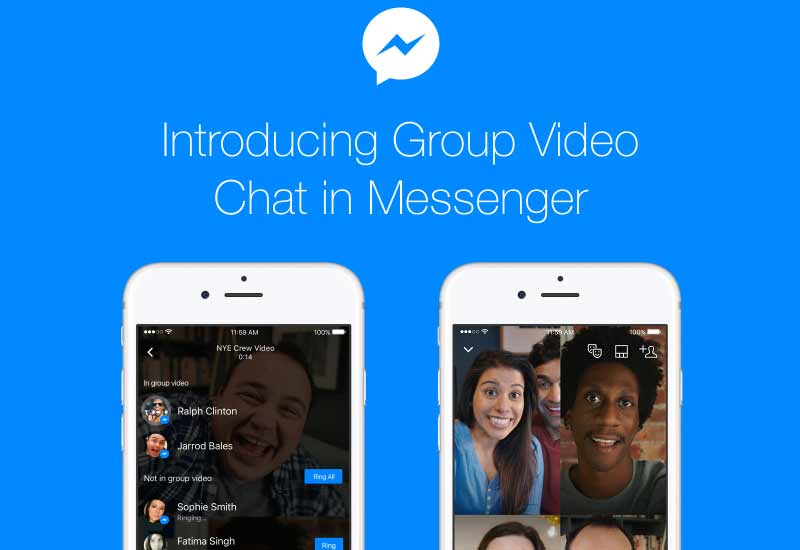 To get started, you’ll need the latest version of Messenger. All you have to do is jump into an existing group conversation, or create a new one. Then tap on the video icon on the upper right of the screen to enter the video chat and everyone in the group will be notified. Each person can join when they are ready with just one tap. For an extra nudge, you can also directly ring just a few people or the whole group.

The Messenger Group Video Chat is easy to use as free on WiFi.! As of now, the 3D masks are available on iOS only. Facebook purchased a company called MSQRD earlier this year that used facial recognition to create Snapchat-like filters. The 3D masks update will arrive as soon for the Android phones.

Share your thoughts about this Live Group Video Chat of Messenger update on Comment box here below.

Check the latest update of Instagram Save Posts (Photos & Videos) in a private Bookmark on the Instagram profile. While the Application reached the 600 Millions users at this end of the year. Also, check WhatsApp Edit and delete message feature update on the latest beta version. The upcoming app will allow the users to edit the old messages and also user can delete (revoke) the wrong messages.

Stay tuned for More latest technology updates of Facebook, WhatsApp, and others.