Famous television serial actor and host Chitra was found dead in a hotel room in Chennai on December 9, Wednesday. She rose to fame because of her character in the Tamil soap opera Pandian Stores on Star Vijay television channel. The 29-year-old is suspected to have died by suicide. According to the police, the actor had checked into her room around 1 am on Wednesday after completing a shoot.

A police official from Nazrathpet station says, “The hotel manager called the police helpline number 100 about 3.30 am on Wednesday. We are currently investigating the cause of her death.” More details are awaited.

The news of Tamil actress VJ Chithra’s unexpected death has spread shockwaves across the internet. Her family members, who also live in Chennai, have been informed by the police. Chitra was reportedly engaged to a businessman this August. Chithra’s businessman-fiance Hemanth, who was staying with her at the hotel, reportedly issued a statement about her suicide. 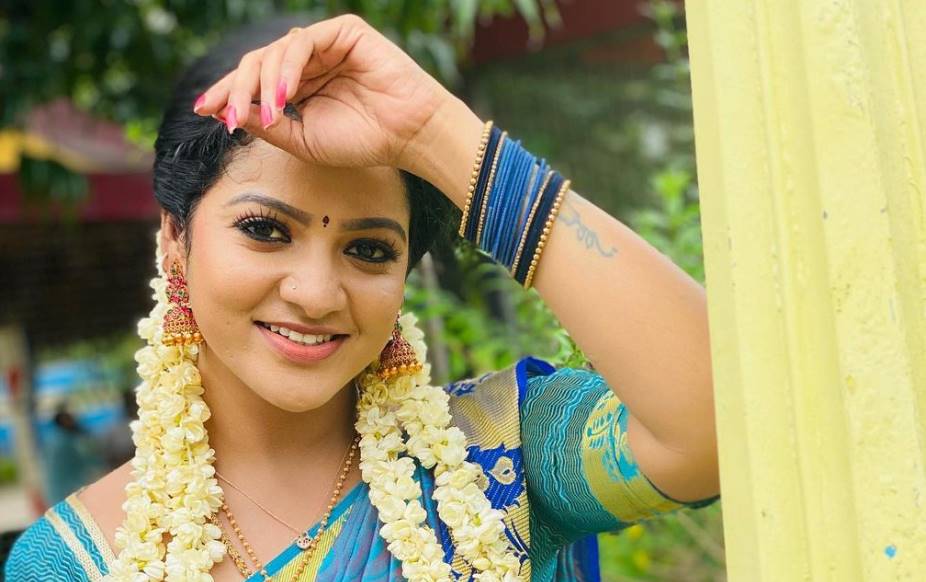 Only hours before her death, Chitra had shared pictures of herself from a photoshoot, on her Instagram page. She is seen dressed in a purple and green silk saree. Her fiance claimed that Chithra went for a bath as soon as she returned to the room and when she didn’t come out for long or respond to his knock at the door, he called the hotel staff to open the door with a duplicate key to only find her dead. The Police are currently investigating the death case and is yet to issue a statement.

Chitra was popular in Tamil television channels, has hosted many shows on major Tamil television channels such as Makkal TV, Jaya TV, and Zee Tamizh, in addition to taking up serials on multiple channels. Also, her serial appearances on television channels like Chinna Papa Periya Papa, which ran on Sun TV between 2014 and 2018; season two of the popular serial Saravanan Meenatchi on Vijay TV; and Darling Darling, which aired on Zee Tamizh between 2016 and 2017. She also played the titular role on Zee Tamizh’s Velunachi. She also hosted Vijay TV’s Vasool Vettai in 2019. The news of Chitra’s death has shocked many of her fans.