With so many new things in the world, it’s pretty hard keeping things fresh and updated each time. People are constantly looking for something to look forward to and it’s getting harder and harder to introduce new ideas.

In the entertainment industry, ideas have to be interesting or they will turn out to be a complete waste of money – something investors never want to happen. So when an up-and-coming TV show introduces a different kind of mix into the industry, things are about to be shaken up. 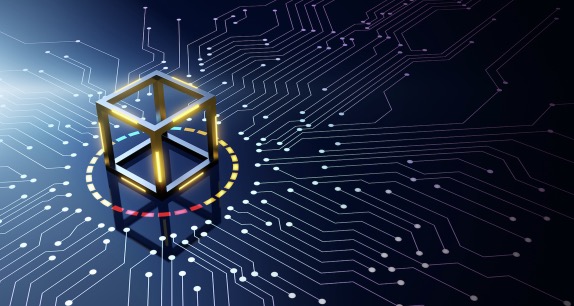 The newest reality TV show blends two different industries into one big, innovative idea. With blockchain technology on the rise and entertainment gaining more momentum than ever, people are getting quite interested.

Blockchain Technology in Fight to Fame

A lot of industries and companies are looking into blockchain technology because it brings a whole new level of transparency. This definitely changes the game and assures those who are part of it that it’s secure and easy to use.

This reality TV show has incorporated blockchain technology into their business model – easily gaining the trust of those who are already familiar with the technology. Their BMS business model is short for blockchain, movies, and sports.

As mentioned, it’s quite an innovative move to incorporate big industries into one big reality show – and Fight to Fame might just pull it off. The show uses blockchain technology through its token model allowing viewers and fans who purchase Fight to Fame Action Star Championship Series Cards with voting powers. They can place their votes on their favorite contestants or those who they deem worthy to become the next action star.

This setup allows a decentralized voting system that places more weight on the public’s opinion rather than the potential politics behind the scenes. With a transparent model, it’s pretty hard to cheat this kind of voting system.

Ultimately, the FF tokens aren’t aimed at making show’s producers filthy rich. Instead, it allows viewers to have a sense of participation all throughout the show and give them the chance to support their favorite contestants.

Moreover, tokens also give viewers and fans access to shows and events that are only exclusive to those who purchase said tokens. Interesting, right?

Fight to Fame Painting the Future

Indeed, the world is constantly looking for something new to look forward to, and the entertainment industry is no exception to that.

A fresh idea like Fight to Fame definitely is a start to something new and might even pave the path for the future. Incorporating blockchain into a business model that also includes sports and movies can be quite surprising, but it’s about to happen and we can only expect great results. It’s not just because the show uses blockchain to decentralize its voting system through tokens, but it also helps to note that blockchain technology has tons of uses that aren’t just limited to cryptocurrency.

Through the purchase of FF tokens, there’s no need for middlemen to support their favorite contestants – which, in a different context, can also be useful for artists and their intellectual properties. Using blockchain, artists have more control over their work and will have more share in their profits. Piracy, through the transparency that blockchain also brings, can also be minimized which will ultimately be beneficial for the industry as a whole.

These potential benefits are still being actualized but it’s good to note that Fight to Fame is playing a part in earning people’s trust for blockchain. With the help of a reality TV show, the future of the industry and artists as a whole might just become fairer than ever.

You can easily follow the Fight to Fame journey on Twitter for frequent updates directly from the company.