The bank of Santa Clara continued to overflow caused worsen flooding in San Jose area on Tuesday. The San Jose rescue department saved three homeless people out of Coyote Creek in two separate incidents. National Weather Service reported that this flooding will happen once in every 100 years and this is a record level flooding in San Jose this time.

So far, 225+ residents were shifted to the Dry area due to floods and more than 20 people were saved their life with the help of tree by climbing to its top. Here is a video shared on the Twitter which shows Flooding in San Jose. By nightfall, television cameras recorded water pouring through holes in a wall of a mobile home park, where rising floodwaters had already forced residents to leave. I had all my baby’s toys, all of his stuff down there”, said Gabriela Martinez, a Rockspring resident “Early morning around nine, I move the auto. 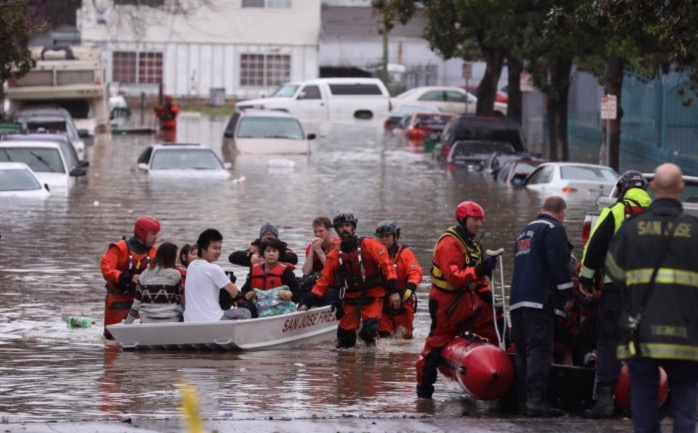 Water flowing from Anderson is from outlet NOT spillway. We've been releasing water for weeks to make room for stormwater. pic.twitter.com/GuraPUoWKm