Reliance Jio is a Telecommunication company in India. It is also known as Jio but, it is officially called as Reliance Jio Infocomm Limited (RJIL). Mukesh Ambani’s Jio will offer Free Wi-Fi in Six T20 World Cup Stadium in India. 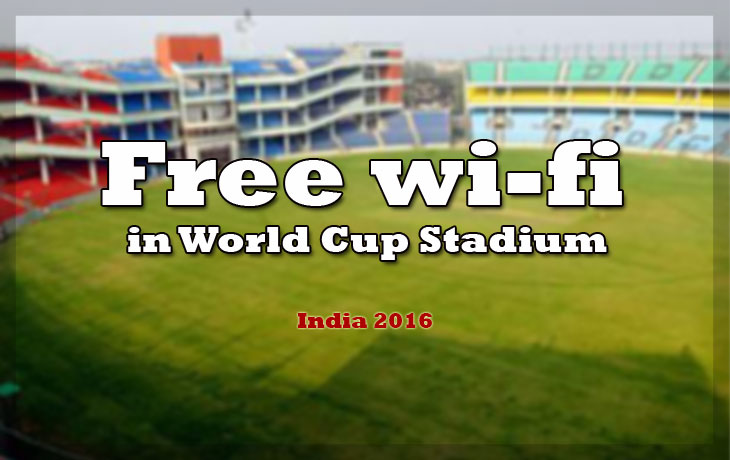 This Free Wifi service in Six stadia was named as JioNet, and the company officials said about the Free Wi-Fi service on following Cricket grounds are covered by this facility. They are:

Read about Free WiFi in Mumbai Railway Stations by Google

Lately, the Company provided the WiFi service at few Airports and few tourist spots, and it also continues their services still now. However, the employees of the company have used the 4G service on December 2015, and also, Jio planned to launch their service as Commercially soon in this year 2016. The Company appointed their Brand Ambassador as the Bollywood Actor, Shah Rukh Khan on December 24, 2015.

The Company, JioNet already made a test at India-South Africa One-day series in April 2015 at  Wankhede Stadium in Mumbai.