Germany vs Azerbaijan: Germany and Switzerland are only teams have won all the nine matches so far in this competition. Today on October 8th, Germany welcomes Azerbaijan to Fritz-Walter-Stadion. The first ball of the game will kick-off on 20:45 local time in Kaiserslautern. In their last meet in March of this year, Germany played against Azerbaijan and won that match with the final score of 1-4.

Now, the Joachim Low is trying to win 10 from 10 World Cup qualifying games. In the last five matches of Germany in both WCQ (3) and FIFA Confederations Cup (2), they won all five matches. Recently, they won Northern Ireland and Norway in this September and October month.

But, Azerbaijan has lost all their matches except San Marino in this WCQ – UEFA. In the last five meetings between Germany vs Azerbaijan, today’s host team had victories in all five matches. 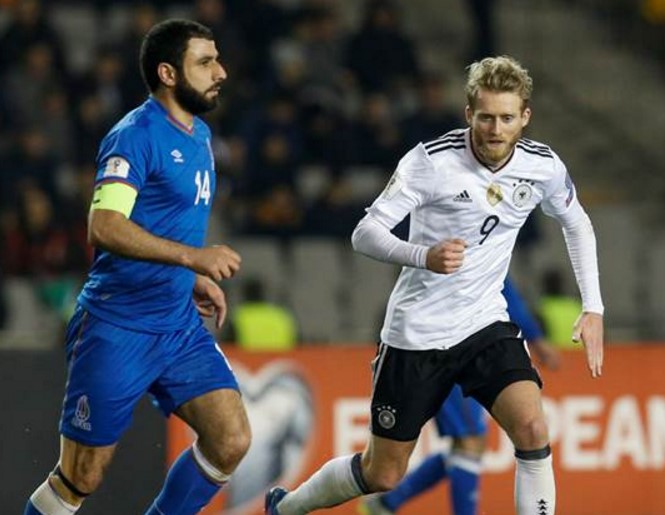