The International game between Germany and England is one of the biggest expected matches on this Wednesday. However, it is not the FIFA qualifier round, it is the international football friendly game. The game of Germany vs England is amazing all the fans of their sides.

Both of the team had injuries and lost some of the key players in this match. Germany have lost only one of their game out of 18 games played in Dortmund. The team had their losing game against to Italy in the 2006 World Cup. Other 15 games as a win and two draws.

However, one concern remains is whether the flurry of injuries to players of both sides can take a toll on the overall performance of the match.

The Manchester United defender Phil Jones is suffering from his toe injury and the Manchester City winger Raheem Sterling has absent on Tuesday training. So, the manager Gareth Southgate decided his Starting XI. Check the England XI and Germany playing XI here below. 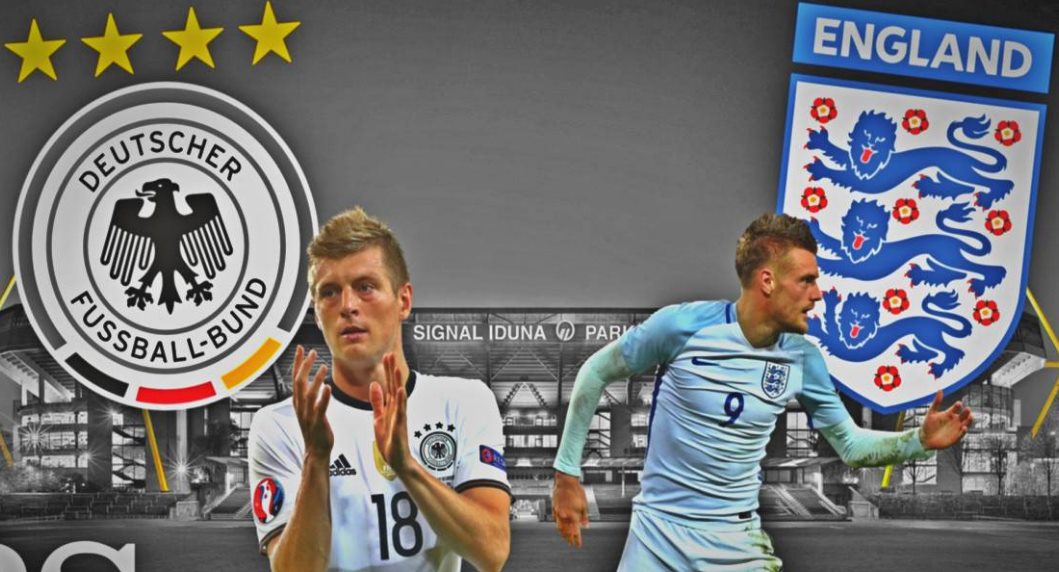 Also, the following players are also suffering from their injuries. Wayne Rooney, Harry Kane and Daniel Sturridge wouldn’t play a part in the international friendly.

However, the Germany star players like Mesut Ozil, Julian Draxler, Mario Gomez and Manuel Neuer are all injured. But, the team had veteran forward Lukas Podolski. The Former Arsenal attacker, 31-year-old star Lukas Podolski will receive his 130th cap tonight.

“It’s not easy to replace Podolski in the team. He is unique,” said Low. “He is one of the greatest players that Germany has produced.”

England have also lost only one of their last 16 away internationals matches. The game against Spain in November 2015. The other games of England had ended with nine wins and six draws.