GiMA Awards 2016: Winner List, Bajirao Mastani Won Many, Yo Yo Honey Singh’s Performances: The full form of GiMA is the Global Indian Music Academy 2016 and it is the sixth edition of the award show which aired on Colors TV in this Sunday (June 5, 2016). The Multi-talented, singer and actor, Mr. Ayushmann Khurrana has hosted this function.

The main core and concept of this GiMA have brought into the existence to honour the talented musicians for their contribution to their skills in various categories. As per their rules and final decisions by the crew, selected the best musicians and awarded them by using this grand function. Scroll down to the below and get the complete list of GiMA awards 2016 winners. The stage was also colored with the lots of beautiful performance. 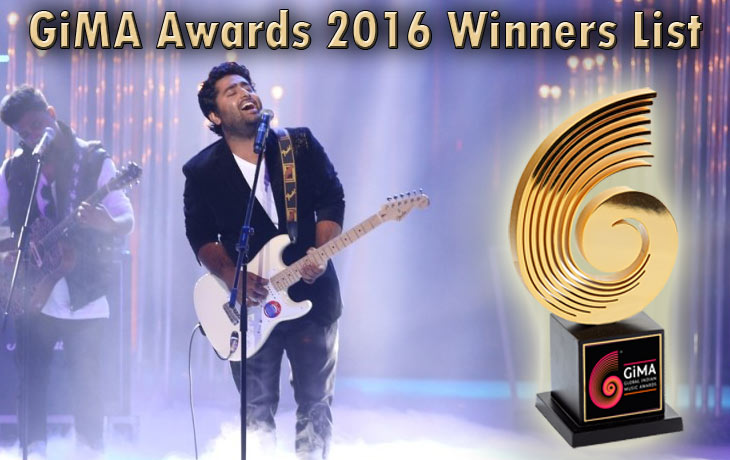 As we said and above stanza, the 2016 GiMA Awards was filled with the sweetly falooda due to the performance of Bollywood singers and music composers. Especially, Yo Yo Honey Singh paired with the list of superb performance among Arijit Singh, and Meet Bros. these three presented their new and fresh stage which lightened the mood and mesmerized everyone.

Whereas, the Arijit Singh became a star of this 2016 GiMA awards evening. The Arjun Kapoor and Ayushmann Khurrana came as a combo treat for the audience and make all them with the cool face by their ride on stage. One such was when the look-alike of Sonam Kapoor came up on the stage.

Arijit Singh got soo many awards such as Best Live Performer, MTV GiMA Duet of the year, Most Popular Radio Song of the year, Best Film Song and the Most Streamed Song of the year. By his singing, he touched lots of the audience heart in that June 5th of 2016 GiMA Awards. 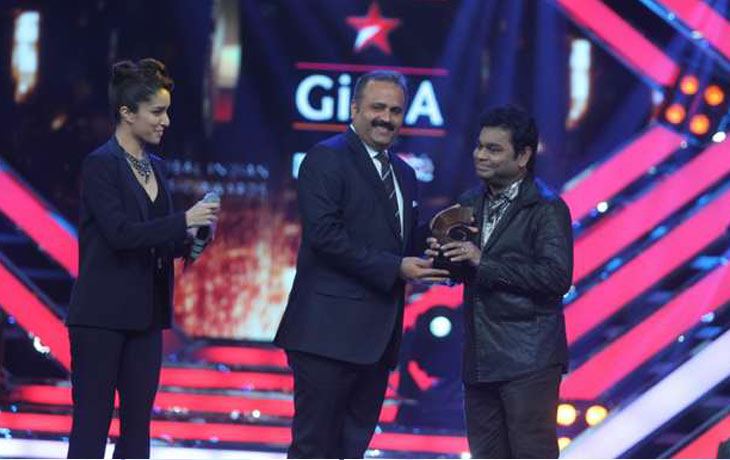 Breakthrough Artiste of the Year: Badshah

Hungama music presents most Streamed Song of the year: “Sanam Re”

Most Popular Radio Song of the Year brought to you by Superhits 93.5 Red FM Bajaate Raho: “Gerua”

Song of the year: Amitabh Bachchan for “Atrangi Yaari” performed by a celebrity for the movie “Wazir”